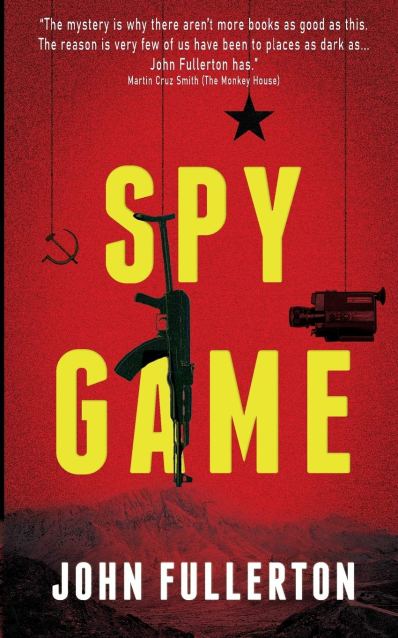 Yet again another brilliant sounding book crosses my path and I simply don’t have time to fit in reading it. However, that doesn’t stop me hearing more about it and today I’m delighted that John Fullerton is staying in with me to chat about his brand new thriller.

Staying in with John Fullerton 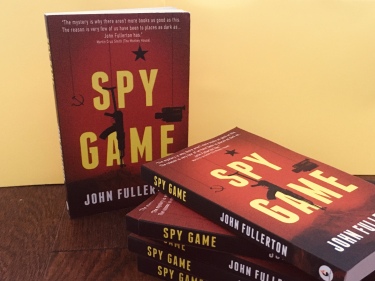 Congratulations John and Happy Publication Day. What can we expect from an evening in with Spy Game?

It’s a thriller about a rather naive young man – someone who unquestioningly believes in Queen and Country and wants to do his bit in the Cold War – who volunteers as a ‘head agent’ for the UK’s Secret Intelligence Service (SIS) on the Afghan-Pakistan frontier shortly after the Soviet invasion. But Richard Brodick soon discovers that the Great Game has a dark side. Ordered to kill his best friend who’s suspected of being a Soviet asset, he faces a grim dilemma.

Crikey! that sounds dramatic. How is Spy Game being received by readers?

I’m delighted that veteran crime novelist Russell James was the first to review Spy Game for Shots Crime and Thriller Ezine and he has this to say:

‘Fullerton is unmatchable at the details of the frontline spy game, the very believable characters engaged in it, and the cold-eyed, cold-hearted decisions that those who intend to win the game have to take. It is not a game for the faint-hearted.’

That’s quite some praise. You must be delighted with it. How did you come to write Spy Game?

Spy Game is based on my failure as a spook. I did work as an SIS ‘contract labourer’ in Pakistan and Afghanistan. I too was somewhat naïve and wanted to become a full-time intelligence officer but was turned down, rightly so, as I wasn’t entirely comfortable with authority of any kind and had a tendency, as they said, of rushing off and doing stuff I thought needed doing without authorisation. ‘John, we think you’d chafe at the bureaucratic restrictions of a peacetime service,’ I was told. Fortunately, I turned out to be a better journalist than spy, eventually living or working in 40 countries and covering a dozen wars, most of them for Reuters. I now live in Scotland.

That sounds like an exciting lifestyle though. So, what else have you brought along?

I’ve brought along an old snapshot of me in my Afghan rig from my spying days taken by a friend of mine, photographer and former Royal Marine Ken Guest, on the outskirts of Kandahar, Afghanistan’s second city and former royal capital, in 1982.

Oo. Very mysterious. Thanks so much for staying in with me to chat about Spy Game John. It sounds brilliant. Are there any more books planned?

I’m thrilled that Burning Chair will publish the second novel, Spy Dragon, in which Brodick – older, wiser and far more self-interested – heads off to war-torn Beirut to help locate a kidnapped CIA officer. I’m pretty sure that it has more twists than your average corkscrew. Now I’m working on the third in the series.

I think they all sound fantastic. Good luck with the series. Let me tell blog readers more about Spy Game: 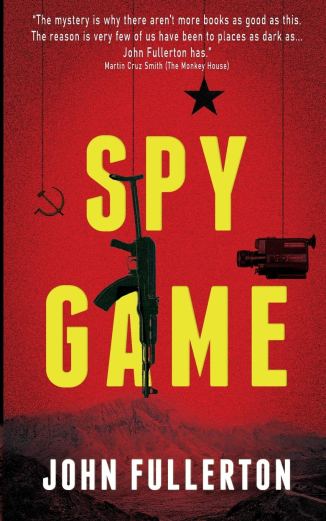 February 1981. The Cold War is in full swing. Richard Brodick decides to follow in his father’s footsteps and seeks an exciting role in what used to be called the Great Game, only to find that it turns out to be less of an adventure and more brutal betrayal.

As a contract ‘head agent’ for Britain’s Secret Intelligence Service based in Pakistan, Brodick’s job is to train Afghans to capture video of the war against the Soviets. He is expected to follow orders, toe the line, keep Mrs T happy back in London. However, what he finds on the ground-in both Pakistan and Afghanistan-is a murky world of blurred lines and conflicting stories. He quickly realises he cannot trust anything he has been told, by anyone.

What he had thought would be an adventure spying on the Soviets and their Afghan communist allies turns sour when he’s ordered to kill his best friend.

Will he betray his country or his friend? What side will he choose? 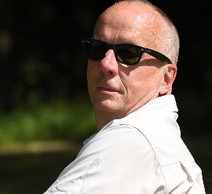 During the Cold War John Fullerton was, for a time, a “contract labourer” for the British Secret Intelligence Service, in the role of head agent on the Afghan-Pakistan frontier. This experience forms the basis of his latest novel, provisionally entitled Spy Game, to be published in March 2021 by Burning Chair.

All told, he’s lived or worked in 40 countries as a journalist and covered a dozen wars. For 20 years he was employed by Reuters as a correspondent and editor with postings in Hong Kong, Delhi, Beirut, Nicosia, Cairo, and London.

His home is in Scotland.