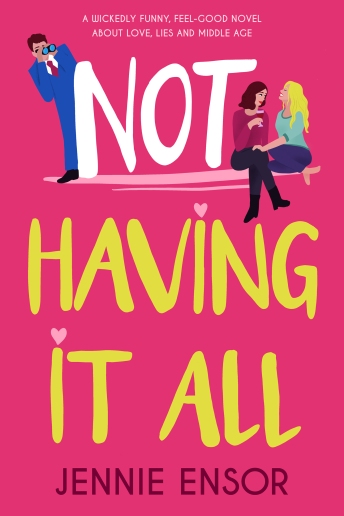 It’s far too long since I featured Jennie Ensor here on Linda’s Book Bag when I reviewed her novel The Girl in His Eyes. Today I’m delighted to stay in with Jennie to find out about another of her books that she is currently relaunching. As well as sharing this ‘staying in’ post, I’m delighted to pass on details of a prize draw Jennie is running. You’ll find information after our chat.

Staying in with Jennie Ensor 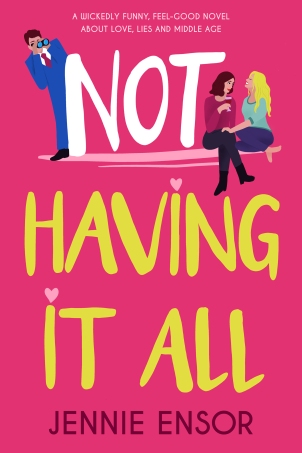 I’ve brought along my third book, Not Having It All: a hilarious comedy about love, lies and middle age. In a fearless moment I decided to get the rights back from the publisher and re-launch the book with a new cover, blurb and subtitle.

Gosh! That was brave. As I’m someone firmly in middle age, tell me what can we expect from an evening in with Not Having It All?

The novel is about love and relationships in middle age, and the difficulties of fully trusting those we are close to, or want to get close to… something I think that many will relate to. Not Having It All is a feel-good read with plenty of laugh-out-loud moments, so readers have said. But there’s also a serious side. For example, the sense of sadness and loss that can come from not having children, especially as a woman. There’s also alcohol abuse, the stress and the emotional turmoil of combining a hectic career with one’s family and home life…

Although I’ve never wanted children, I think there are many readers who will relate to this Jennie. Tell me more…

Bea, the main character in Not Having It All, is a neuropsychology researcher who’s at struggling to keep her research career going while looking after her badly behaved dog Big Ears and five-year-old daughter Fran (‘the naughtiest little girl in Godalming’), as well as cope with the insecurity of her corporate high-flyer husband (who has no similarities whatsoever to any real persons, living or dead).

I think Not Having It All sounds exactly my kind of read! What else have you brought and why?

As my guest this evening I’ve brought along Mr Rowley, the elderly Jungian psychotherapist who’s consulted by Bea’s friend Maddie after she fantasises about running off with Fran. He’ll enjoy analysing our dreams – and may even be tempted to provide a few anecdotes about his patients 🙂

He could be interesting! I see you’ve other things too. What are they?

Getting some objects ready for this evening has been a challenge, but I’ve done my best. First up, here’s our hound, the inspiration for Big Ears. 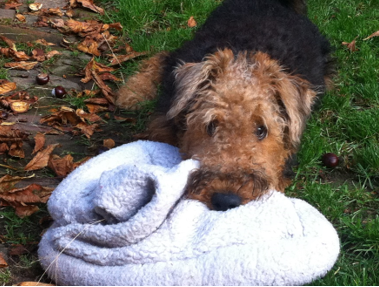 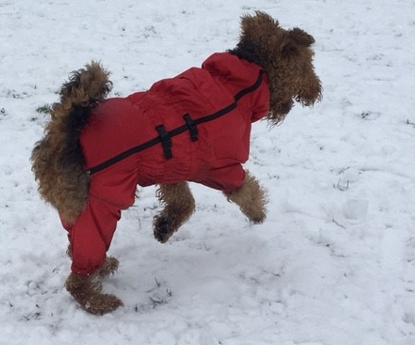 In the recent snow

That is so cute Jennie! How did that inspiration come about?

The idea for Not Having It All came to me at a time when my husband was away for long hours every day running his business, leaving me to look after our Airedale terrier. Every time I took the dog out for a walk, invariably he’d try to chase/hump/flatten another dog, or run off and not come back for ages…

At least it’s the dog you’re describing and not your husband – I hope! What else are you holding?

To enliven the walls over dinner, I’ve brought along some art. Maddie, Bea’s artist friend makes unusual objects out of household rubbish. She was inspired by several talented artist friends (and my husband’s niece, who once made a grass sofa in the back garden). Here are some of their artworks: 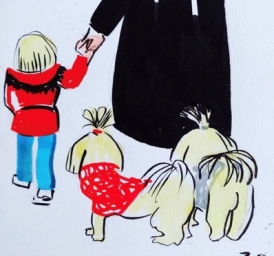 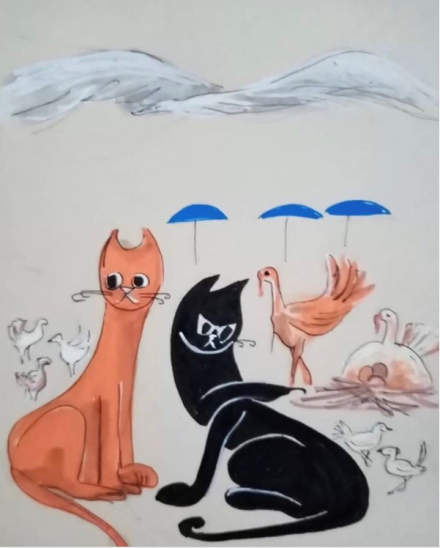 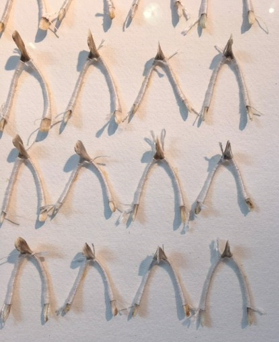 I Wish by Caroline Burgess 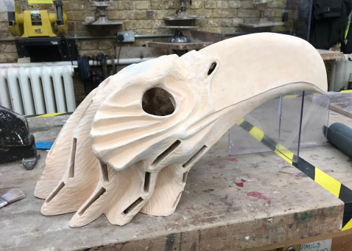 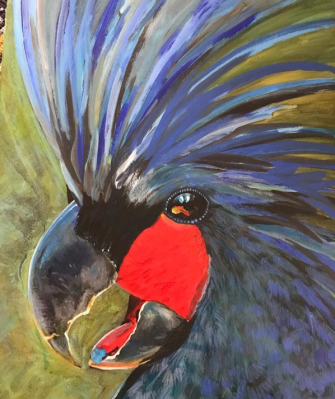 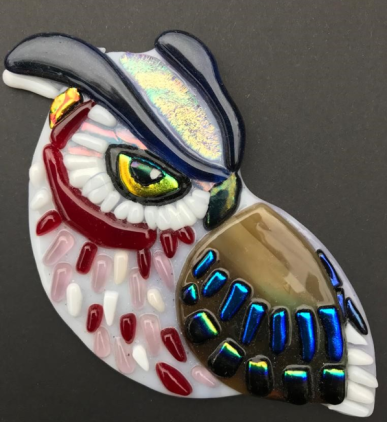 My goodness Jennie. What talented friends you have. No wonder they inspired you.

Katie, Bea’s ex-au pair, was inspired by a cleaner I had a while back. She was always telling me stories, like how she was once prematurely buried then woke up and leapt out of her coffin, yelling that she was still alive. (Unfortunately she wasn’t so good at cleaning as telling stories!)

That reminds me of my brother-in-law. As an undertaker he pulled up outside a bereaved lady’s house in his black car. The back door opened, a woman got in and said, ‘Where the bloody hell do you think you’ve been? You’re 20 minutes late!’ He replied. ‘I rather think you’ll hope I’m too early. I’m not a taxi, I’m an undertaker.’ He said she leapt from the car without another word…

A variety of food and drink is consumed in the novel – more drink than food, probably. Pushed beyond her limit by the antics of Fran and Big Ears, Katie resorts to drinking Bea’s ‘orange drink’ – a strong alcohol that one shouldn’t over-indulge in: 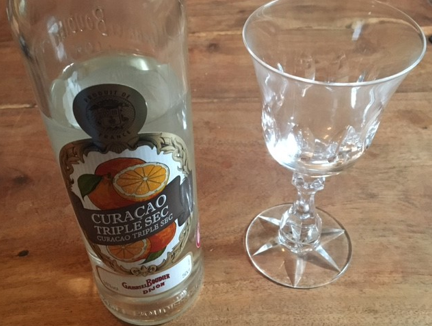 I think we might join Katie in a glass or too in a while!

On the theme of looking after dogs/children, the trip to Brighton in the book, in which Fran throws stones at a woman relaxing on the beach, was inspired by visits to my brother’s family. I once offered to look after my niece and nephews for the day (they were quite young at the time) and took them all to the beach. They tested me to the limit! No pictures, sadly.

And probably little good temper or hair left I imagine! It’s been great fun hearing about Not Having It All Jennie. Thanks so much for staying in with me and good luck with the relaunch.

Not Having It All 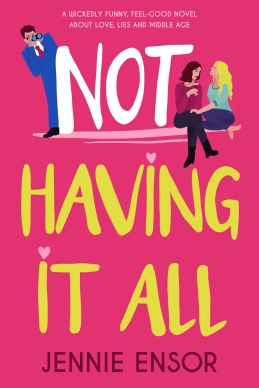 This is the story of four middle-aged people who are definitely NOT having it all. Meet Bea, Kurt, Maddie and Colin.

Senior lecturer Bea Hudson juggles her job at the ‘Psycho Lab’ with looking after her demanding five-year-old daughter, badly-behaved dog and next-to-useless au pair. When her chief exec husband is sent overseas and she’s left without childcare, Bea turns to best friend Maddie for help.

Kurt, downing whiskies in his hotel room as he imagines what his wife is up to, is convinced that Bea is becoming a little too friendly with Maddie. With characteristic obsession he enlists his neighbour’s help in a secret surveillance operation.

Found-object artist Maddie longs for a child of her own with a man she can trust – and he must love cats.

Divorced, risk-averse Colin is a senior manager at ‘the nation’s number one pussy insurer’. When he meets Maddie in a lift he’s smitten, and resolves to displace Maddie’s feline companions on her sofa. But he starts to fear that Maddie sees him only as ‘a handy stud with a fat wallet’.

Can Bea and Kurt find happiness again? Can Maddie and Colin risk falling in love?

Not Having It All is available for purchase here. 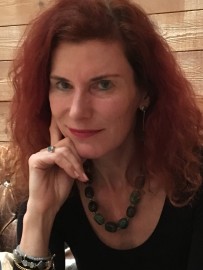 A Londoner with Irish heritage, Jennie Ensor began her writing career as a journalist, obtaining a Masters in Journalism (winning two awards) and covering topics from forced marriage to accidents in the mining industry. She isn’t afraid to tackle controversial issues in her novels, either: Islamic terrorism, Russian gangsters and war crimes in her debut Blind Side (a psychological mystery blended with a love story), domestic abuse and sexual exploitation in her second, The Girl In His Eyes.

Her third novel Not Having It All , a relationship comedy, is an excursion to the brighter side of life. A new edition was published in January 2021.

Ms Ensor’s poetry has appeared in many publications including Poetry Salzburg Review, Ink Sweat and Tears. Her poem Lost Connection placed second in the Breakout Prose category of the Fish Lockdown Prize in 2020.

In her spare time(?) she reads, walks and attempts twice-weekly yoga. She regularly cycles the punishing hills of north London and at the end of the day enjoys collapsing with a bar of chocolate/glass of strong alcohol in front of a TV crime drama. 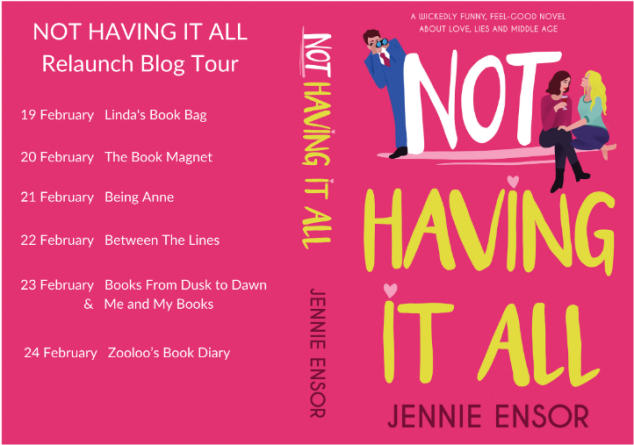 Not Having It All Prize Draw

A prize draw to celebrate the relaunch will be held at 6pm on 23 February on Jennie’s Facebook page. 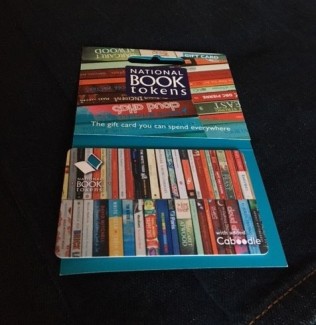 First prize: £20 National Book Tokens gift card (if winner lives in the UK) or a $25 Amazon.com eGift Card (if outside the UK), a signed paperback copy of Not Having It All plus a box of Guylian Finest Belgian Chocolates with Hazelnut Praliné Filling to enhance your reading experience. 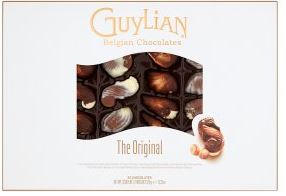 Runner-up prize: A signed paperback copy of Not Having It All and a bar of chocolate.

Sounds good to me!

6 thoughts on “Staying in with Jennie Ensor”