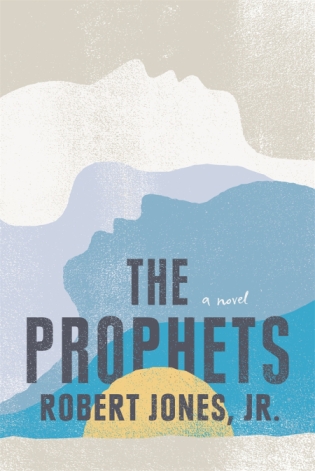 I first encountered The Prophets by Robert Jones Jr when I ‘attended’ The #Quercus2021 Word of Mouth event last October. I wrote about that event here. I was delighted that The Prophets was included in a goody box I was sent prior to that event because I studied slavery and emancipation in the USA as part of my degree and am thrilled to share my review today.

The Prophets was published by Quercus imprint Riverrun on 5th January 2020 and is available for purchase through the links here.

In this blinding debut, Robert Jones Jr. blends the lyricism of Toni Morrison with the vivid prose of Zora Neale Hurston to characterise the forceful, enduring bond of love, and what happens when brutality threatens the purest form of serenity.

The Halifax plantation is known as Empty by the slaves who work it under the pitiless gaze of its overseers and its owner, Massa Paul. Two young enslaved men, Samuel and Isaiah dwell among the animals they keep in the barn, helping out in the fields when their day is done. But the barn is their haven, a space of radiance and love – away from the blistering sun and the cruelty of the toubabs – where they can be alone together.

But, Amos – a fellow slave – has begun to direct suspicion towards the two men and their refusal to bend. Their flickering glances, unspoken words and wilful intention, revealing a truth that threatens to rock the stability of the plantation. And preaching the words of Massa Paul’s gospel, he betrays them.

The culminating pages of The Prophets summon a choral voice of those who have suffered in silence, with blistering humanity, as the day of reckoning arrives at the Halifax plantation. Love, in all its permutations, is the discovery at the heart of Robert Jones Jr’s breathtaking debut, The Prophets.

My Review of The Prophets

The Halifax slave plantation, Empty, seethes with emotions from love to hate, fear to triumph, guilt to joy so that Robert Jones Jr has woven a searing tale that unsettles, educates and leaves the reader reeling.

I think The Prophets might divide reader opinion and I have to admit that it took me a while to settle into the narrative style, but I ended up completely mesmerised. I did not find The Prophets an easy book to read for several reasons. Structurally it is complex and although the narrative is essentially linear with a pace that races along, there are layers of religion, history, myth and black culture outside my white, middle aged, British perspective and experience. With many voices and perspectives, it needs the reader to concentrate; to listen as closely to what isn’t said or written, as much as to what is uttered aloud or evident on the page, so that it’s a book that obfuscates and reveals in equal measure. This is by no means a criticism, but rather equates to one of the book’s strengths. Robert Jones Jr ensures his reader questions their beliefs, their assumptive understanding of the past and people, and gives them food for thought long after they have closed the pages of The Prophets. I found it disturbing, enlightening and completely, horrifyingly compelling.

Robert Jones Jr’s writing is sumptuous, even when he is describing the most unpalatable scenes or truths. Descriptions are vivid, poetic and haunting and each seems imbued with emotional depth making for a truly remarkable read. The slave plantation may be called Empty, but life here is so clearly depicted that I felt The Prophets had an astounding visual quality that made it tangible.

Similarly, the characters are a kaleidoscope that shifts and changes with each twist of the narrative. Sexuality and gender is blurred and fluid so that kings can be female for example, adding to the depth and mystery in the writing. Although Samuel and Isaiah’s homosexual relationship is the catalyst for much of the action precipitated by Adam, I found the women the most compelling characters. Maggie and Essie in particular illustrate all the oxymoronic explorations of power and subjugation that Robert Jones Jr weaves through the story.

Themes of betrayal, race, sexuality, guilt and all forms of love are so intricately woven in this narrative that it holds the reader spellbound. I can’t profess to having understood every nuance or sentence in The Prophets, but that doesn’t mean it hasn’t left me moved, appalled and enthralled. Sometimes I felt a visceral response without truly comprehending why. Not all readers will find The Prophets accessible but I would urge them to read it nonetheless. It’s an astounding book. 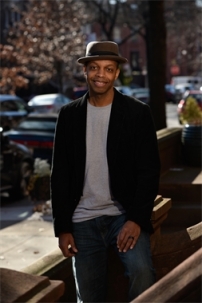 Robert Jones, Jr. is a writer from Brooklyn, N.Y. He earned both his B.F.A. in creative writing and M.F.A. in fiction from Brooklyn College. His work has been featured in The New York Times, Essence and The Paris Review. He is the creator of the social justice social media community, Son of Baldwin. The Prophets is his debut novel.

4 thoughts on “The Prophets by Robert Jones Jr”