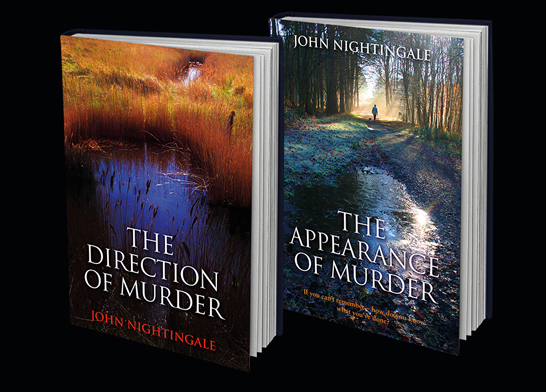 It’s almost exactly four years since I interviewed John Nightingale about his thriller The Appearance of Murder in a post you can read here. I’m ashamed to say I still haven’t managed to read The Appearance of Murder, especially as Ian Rankin asked for a copy of the book in his Christmas stocking and it featured as one of the 2015 books of the year in The Times! However, I hope to rectify that omission from my reading soon, not least because the second book in John’s David Knight Series, The Direction of Murder has just been published and is sitting waiting for me on my TBR pile.

It’s a real pleasure and privilege today to be able to run a giveaway for both books in John Nightingale’s David Knight Series with one lucky blog reader receiving a hard back copy of both The Appearance of Murder and The Direction of Murder.

Before I tell you how to enter, here are the details you need about both books:

The Appearance of Murder

Crime writer David Knight is dragged back into a past in which it seems he might have fathered a child or even committed murder. Neither possibility is going to be popular with his wife Kate.

The Appearance of Murder was published by Spider Monkey Books and is available for purchase in e-book, hardback and paperback here and directly from the publisher here.

The Direction of Murder 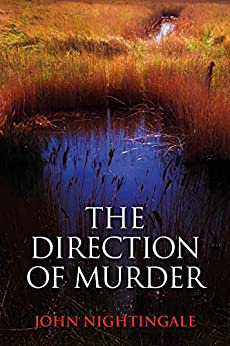 Crime writer David Knight finds himself a little out of his comfort zone when asked to develop the script for a film of one of his novels. And yet a week in a moated country house with A-list stars is too good to miss, even if the director is notorious for playing with the emotions of his actors, and everyone else.

It is only when he discovers that his detective is being portrayed by a method actor, who appears to believe he actually is Tom Travis, that David becomes seriously uneasy. Nor does it help that he has caught the eye of the director’s glamorous, and very rich, wife.

But that is only the start. David finds himself at the centre of events that not only involve unusual murder weapons and locked rooms, but sudden death.

Can David find a way of keeping fiction and reality apart?

The Direction of Murder is available for purchase directly from the publisher and on Amazon.

Don’t those two books sound brilliant? You can enter to win a hardbacked copy of BOTH The Appearance of Murder and The Direction of Murder by clicking here.

This giveaway ends at UK midnight on Sunday 20th December 2020. The winner will receive their books directly from the author John Nightingale. 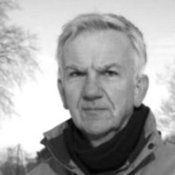 John Nightingale is a thriller writer and creator of the David Knight and Jane Charles series. Before becoming a full-time novelist, John worked as a civil servant in a number of different roles, including as  an expert on pensions, playing a leading role in sorting out the Maxwell pension scandal.  He lives and writes in London and Suffolk and is married and has two daughters.