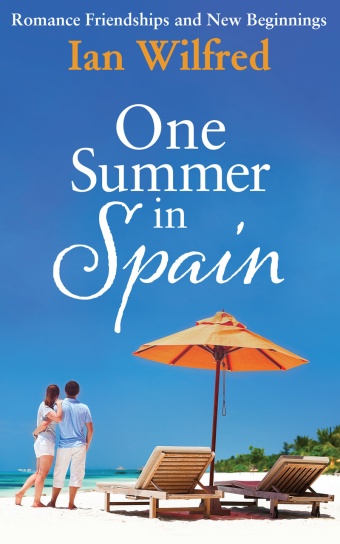 There’s a special reason that I’m thrilled to welcome Ian Wilfred to Linda’s Book Bag today. Not only is it publication day for Ian’s latest book, One Summer in Spain, but Ian is one of the most generous and supportive authors around, always sharing for others and helping them promote their books. If anyone deserves support in return it’s Ian and I’m delighted he’s here today to stay in with me.

Staying in with Ian Wilfred

Welcome to Linda’s Book Bag at last Ian. Thank you for agreeing to stay in with me. Tell me, (as if I didn’t know) which of your books have you brought along to share this evening and why have you chosen it? 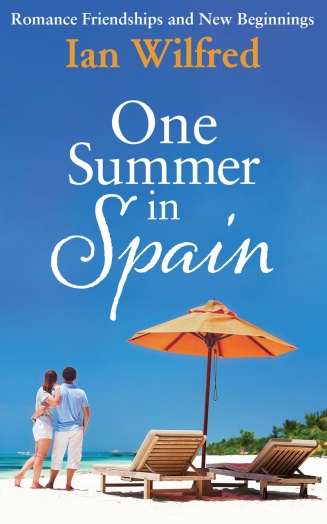 Hi Linda. Thank you for inviting me to stay in with you. I’m bringing my new summer book One Summer in Spain because it’s out today!

Congratulations Ian and happy publication day. What can we expect from an evening in with One Summer in Spain?

You’ll get plenty of travel. The beginning of the book is set in the UK and tells the story of 25 year old Gemma who has just dropped out of university for the second time. She really doesn’t know what she wants to do with her life. Gemma had had a job which she was successful with but her problem is, she gets bored.

I think many of us can relate to that Ian!

The book starts when Gemma helps an elderly lady, Dulcie, who has had a fall. One thing leads to another and she ends up being Dulcie and her best friend Rupert’s housekeeper. They end up going to Spain for a six month holiday which is a lot of fun.

I think we’d all like a trip to Spain right now Ian.

Several friends and family keep popping over for holidays which leads to dramas and a few problems for Gemma, especially with Dario. Dario rather likes Gemma, but he comes with a little bit of a secret.

The big question is, does everyone end up having a good summer, and what happens when the holiday has to an end? 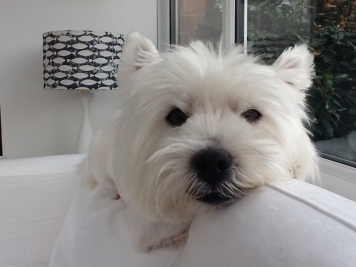 As you see, I brought Lottie our West Highland Terrier with me today.

I was hoping you’d bring Lottie. I see so much of her on social media and she’s an absolute superstar.

I’m shocked how well behaved she is now. When we move to Norfolk nearly seven years ago getting a dog was top of my list. I was never allowed one as a child. We are very blessed that we are only a five minute walk from a beach so as you can imagine Lottie, who should be white, most of the time is a very sandy yellow.

I bet she loves the beach. She’s quite a character!

There’s a  funny story about her. When we went to get her the first day she was only 12 weeks old, so we took a blanket and a soft toy that we could rub the smell of her mum and the other puppies on so that she wouldn’t miss them.  That was all OK but now, 6 years later, the soft toy gets carried around for about half an hour after she has eaten. Every time, we are terrified the toy will go missing.

You’re sure she doesn’t think she’s human and not a dog! 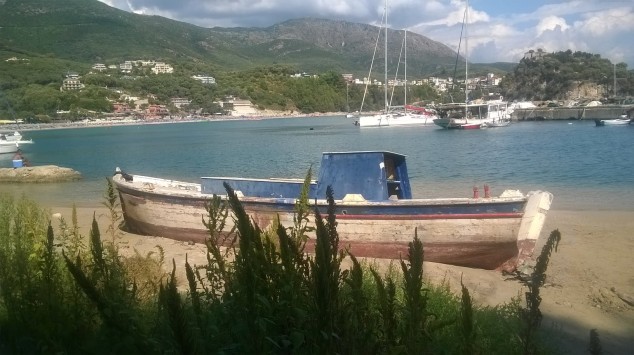 Also I’ve brought a photo of Parga in Greece as it’s mine and my husband’s favourite place in the world. We have been so many times over the last twenty plus years. It is very special and not many people know it.

I’m glad you said that as I have to confess I’d never heard of it. It looks glorious. 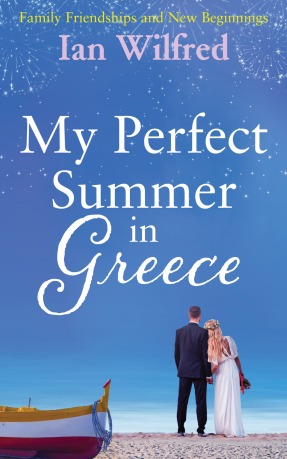 It was the inspiration for my two Greek summer reads set on the fictional island of Holkamos. I’ve had readers ask me if Holkamos is Parga so I’ve had to own up and say yes.

Now you’ve made me want to go to Greece as well as Spain Ian. Thanks so much for staying in with me to tell me all about One Summer in Spain.

Thank you so much for letting me stay in with you Linda. I feel bad I’ve not brought a cake or some biscuits but then you have been licked to death by Lottie and after all, there’s a lot less calories!

Too true! And extra calories are really what I don’t need! Let me give blog readers all the One Summer in Spain details:

One Summer in Spain 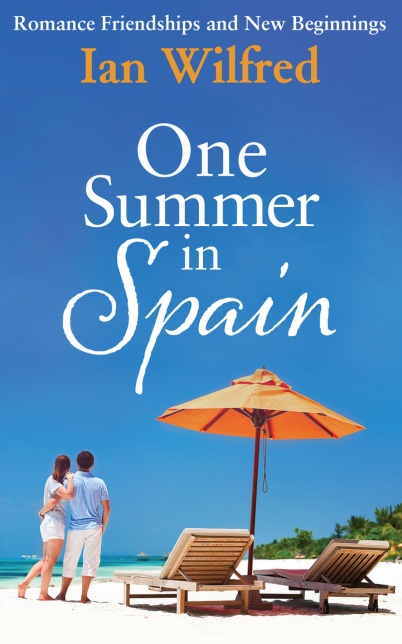 Twenty-five year old Gemma is still unsure where her life is leading. Her parents are exasperated at the way in which she flits from one thing to another. A chance encounter helping Dulcie, an elderly lady who has had a fall in the street, leads to Gemma becoming housekeeper to Dulcie and her friend, Rupert.

Following a lottery win, Dulcie and Rupert rent a Spanish villa for six months and Gemma goes with them for a working holiday. It’s all one long adventure for the three of them, filled with fun days out, nights in the best restaurants and plenty of laughter.

Dario, the local taxi driver becomes fond of Gemma. Likewise, she thinks a lot of him too, but he harbours a secret.

Jamie, Dulcie’s grandson, pops over to Spain to check on his grandmother, but she’s not his only reason for visiting.

Craig, an old friend of Gemma’s, is also an acquaintance of Dulcie and Rupert. When he visits from England, Gemma’s life becomes a little uncomfortable.

How can One Summer in Spain change everyone’s life? Will it be for the good, and how do their lives pan out after the six month holiday is over?

One Summer in Spain is available for purchase here. 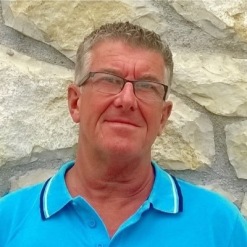 Ian Wilfred’s debut novel Putting Right The Past is set on the island of Tenerife and was published in 2013. Since then he has gone on to publish other books set in his beloved Norfolk, the Greek islands and Martha’s Vineyard.

In 2020 Ian has chosen a new location for his next feel good read; he’s heading off to sunny Spain.

Ian lives on the Norfolk coast with his husband and west highland terrier. He is a member of the Romantic Novelist Association.