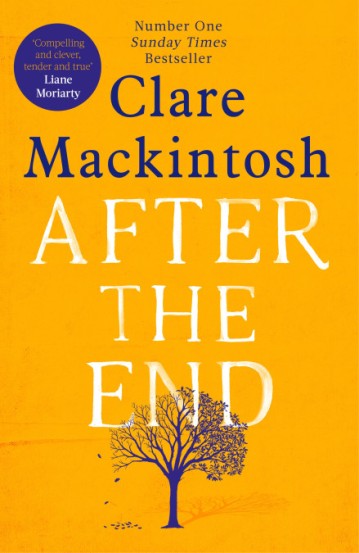 I’ve been sitting on this blog post for weeks and I can’t wait any longer to share my review of Clare Mackintosh’s After The End!

I so enjoyed Clare Mackintosh’s I Let You Go, reviewed here, that when I was given the opportunity to be in a special advanced reader group for Clare’s latest book After The End, I jumped at the chance. I cannot thank Clare enough for making sure I received an ARC of After The End.

Published by Little Brown imprint Sphere on 25th June 2019, After The End is available for pre-order through these links. 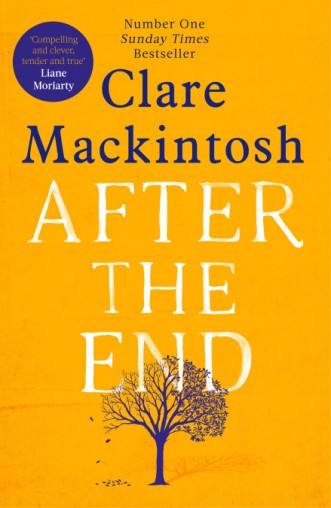 Max and Pip are the strongest couple you know. Only now they’re facing the most important decision of their lives – and they don’t agree.

As the consequences of an impossible choice threaten to devastate them both, nothing will ever be the same again.

But anything can happen after the end . . .

My Review of After the End

One decision for Pip and Max leads to very different outcomes.

I am officially, irreparably, broken.

I can’t think of another book that has affected me emotionally quite as much as Clare Mackintosh’s After the End. It’s going to be hard to write a coherent and objective review because I feel too involved with the narrative, with Pip and Max, and so grief stricken that I don’t think I can convey my thoughts accurately.

Firstly, I have to comment on the elegant, intelligent and completely surprising plot structure. I can’t say more without spoiling the read but this is plotting at its most sophisticated and effective. It’s perfect for this story. I experienced physical jolts at some points and finished the book stunned. It truly is perfect.

The characterisation is a masterclass in writing. Max and Pip are not mere characters on the page, but rather two grieving, desperate individuals who could be any one of us had life thrown the same dice our way. They invaded my life completely and still catch me unawares at times, sliding into my thoughts and reinvoking all the emotions I felt when reading their story. I genuinely can’t bear what happens to them. I’m reduced to tears every time I think about them.

The subject matter of After The End is all too relevant to today’s society when private decisions and grief are appropriated by public and social media. We all have an opinion, a voice; except perhaps for those who really need it, like Dylan. It was only after I read the author’s note at the end of the book that I realised the author has experienced first hand the decisions Pip and Max have to make and this impacted on me further. Clare Mackintosh’s After The End made me examine my own potential behaviour – indeed my very soul – and I fear I found it wanting.

After The End isn’t a book I read. It’s a book I experienced intellectually, emotionally and so physically that it actually hurt at times. I give up trying to review it except to say I have been altered by reading it and will never be the same again. Simply choose your own superlative and apply it to After The End. It’s utterly wonderful and my book of the year to date. 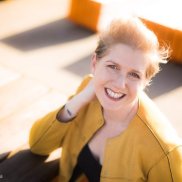 Clare Mackintosh spent twelve years in the police force, including time on CID, and as a public order commander. She left the police in 2011 to work as a freelance journalist and social media consultant and is the founder of the Chipping Norton Literary Festival. She now writes full time and lives in North Wales with her husband and their three children.

Clare’s debut novel, I Let You Go, was a Sunday Times bestseller and the fastest-selling title by a new crime writer in 2015. It was selected for both the Richard and Judy Book Club (and was the winning title of the readers’ vote for the summer 2015 selection) and for ITV’s Loose Women’s Loose Books. It is a New York Times bestseller, with translation rights sold to more than 30 countries.

Clare is the patron of the Silver Star Society, an Oxford-based charity which supports the work carried out in the John Radcliffe Hospital’s Silver Star unit, providing special care for mothers with medical complications during pregnancy.

39 thoughts on “After The End by Clare Mackintosh”