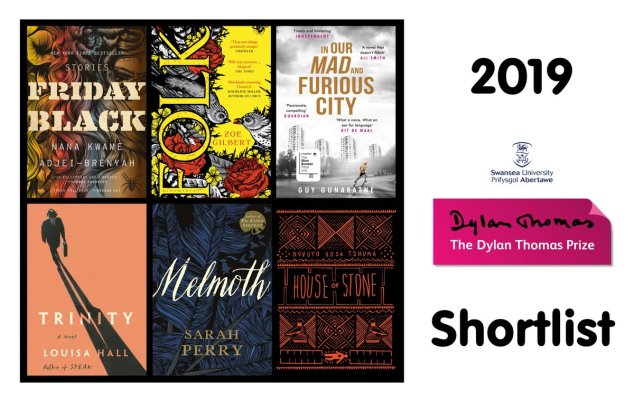 Back in February I was delighted to blog about the 2019 International Dylan Thomas Award longlist in a post you can read here.

Yesterday I was honoured to attend an evening at the British Library in London where, along with attendees like former Archbishop of Canterbury Rt. Hon Dr Rowan Williams, I listened to the six shortlisted authors reading from their books and answering questions about their writing. I would like to thank Midas PR and Kate Appleton in particular for the invitation.

The evening began with a superb performance by Guy Marsterson of Dylan Thomas’ Holiday Memory taken from Quite Early One Morning. It made me remember why I love Thomas’s work so much and Guy’s wonderful Welsh accent brought the words to life beautifully. My Welsh husband (whose shining head can be seen in the photo below) said afterwards that he now understood the power of Dylan Thomas and wondered why he’d never studied his works at school in South Wales.

We were then treated to wonderful readings from each of the shortlisted authors with Sarah Perry in a recorded message from Aukland. If you click on the book titles you’ll find more about them and buy links.

First was American-Ghanaian writer Nana Kwame Adjei-Brenyah (27) with his debut short story collection Friday Black (Houghton Mifflin Harcourt (US) and Riverrun (UK)) which explores what it’s like to grow up as a black male in America, and whose powerful style of writing has been likened to George Saunders. 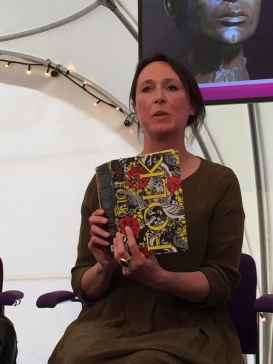 Next Zoe Gilbert (39) read from Folk (Bloomsbury Publishing) which was developed from her fascination in ancient folklore and the resurgence of nature writing. She has previously won the Costa Short Story Award in 2014.

Then we were then treated to British-Sri-Lankan debut novelist, Guy Gunaratne (34) reading from In Our Mad and Furious City (Tinder Press, Headline), longlisted for The Man Booker Prize and shortlisted for The Goldsmiths Prize, The Gordon Burn Prize as well as the Writers Guild Awards. 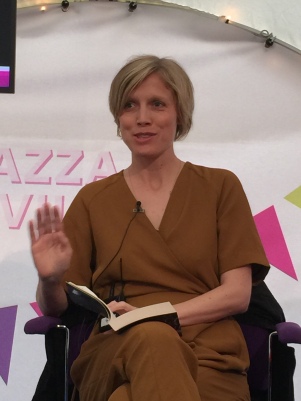 Louisa Hall (36) read next from her fascinating book Trinity (Ecco) which tackles the complex life of the Father of the Atomic Bomb, J. Robert Oppenheimer through seven fictional characters.

With a recording from Aukland we then heard Sarah Perry (39) who has been shortlisted for the Prize this time for Melmoth (Serpent’s Tail), one of The Observer’s Best Fiction Books of the Year 2018, and a masterpiece of moral complexity, asking us profound questions about mercy, redemption, and how to make the best of our conflicted world.

Last, and by no means least, came Zimbabwean debut novelistNovuyo Rosa Tshuma (30) with her wildly inventive and darkly humorous novel House of Stone (Atlantic Books) which reveals the mad and glorious death of colonial Rhodesia and the bloody birth of modern Zimbabwe.

A question and answer session followed and I was delighted to get the chance to ask the authors how writing their books had affected them as individuals.

I have no idea who will win the International Dylan Thomas Award tonight when Swansea University announce the result but I certainly have a favourite amongst the books after last night. I’m not telling you which one though!