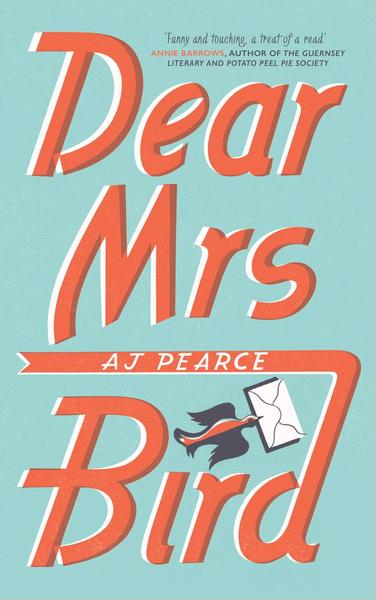 My enormous thanks to the publishers for inviting me to read Dear Mrs Bird by A J Pearce through Netgalley. I actually broke my own rule of not using Netgalley because I find e-books so tricky with my poor sight but I had heard so much about Dear Mrs Bird. I’m glad I did! 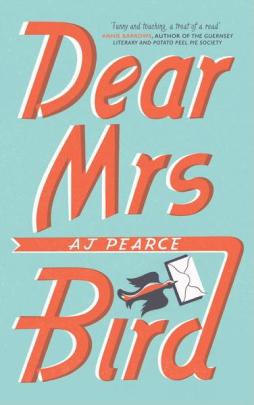 London, 1941. Amid the falling bombs Emmeline Lake dreams of becoming a fearless Lady War Correspondent. Unfortunately, Emmy instead finds herself employed as a typist for the formidable Henrietta Bird, the renowned agony aunt at Woman’s Friend magazine. Mrs Bird refuses to read, let alone answer, letters containing any form of Unpleasantness, and definitely not those from the lovelorn, grief-stricken or morally conflicted.

But the thought of these desperate women waiting for an answer at this most desperate of times becomes impossible for Emmy to ignore. She decides she simply must help and secretly starts to write back – after all, what harm could that possibly do?

My Review of Dear Mrs Bird

Emmy Lake has just got a new job. Unfortunately, it’s not the one she thought she’d applied for.

I really enjoyed Dear Mrs Bird. I’m sure its tone and style won’t appeal to all but for me it was a breath of fresh air (of the type Henrietta Bird might prescribe in one of her responses to a reader’s letter). In fact, frequently A J Pearce made me rejoice that we finally have a creditable female equivalent of P. G. Wodehouse but with far less silliness and much more depth. The humour appealed to me and I frequently laughed aloud, especially at the Capitalized Comments. I could so easily hear Emmy’s narrative voice in my head.

All of that said, and emphasising my enjoyment of the humour in Dear Mrs Bird, none of this would have been so effective had it not been for the wonderful balance of the reality of the Blitz in contrast. AJ Pearce understands exactly how to use light and shade in her writing for maximum impact. I laughed aloud on so many occasions but I shed tears too. There’s love, fear, grief and true friendship alongside the themes of maintaining a stiff upper lip, loyalty and relationships with a touch of feminism thrown in that make this an absolutely wonderful read.

Emmy is a complete star. Certainly she epitomises what is expected of the plucky, upper middle class girls of the era, which some might find stereotypical, but equally she’s foolhardy and rash and quite often blinkered to the consequences of her actions and I loved her for every one of her flaws. She experiences the full range of emotions and I felt them with her. Reading Dear Mrs Bird felt more like hearing my friend Emmy telling me about her exploits and I was invested in each of them.

The plot of Dear Mrs Bird is relatively simple which is where the book succeeds so well because I think it reflects the day to day grind of routines punctuated with terrifying moments endured by so many during WW2 in London. There’s a human quality of understanding and poignancy from AJ Pearce that I thoroughly enjoyed and found very touching.

I think Dear Mrs Bird is a book that might initially appear quite superficial but that surprises and rewards the reader in an emotional and thought provoking way. Reading it has made me wonder just what I would have been like as Emmy. The more I read of Dear Mrs Bird, the more I loved it. I really recommend it.

About A J Pearce 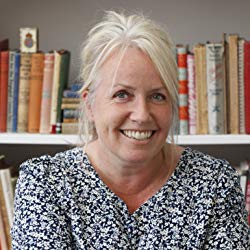 AJ Pearce grew up in Hampshire and studied at the University of Sussex. A chance discovery of a 1939 woman’s magazine became the inspiration for her ever-growing collection and her first novel Dear Mrs Bird. She now lives in the south of England.

14 thoughts on “Dear Mrs Bird by A J Pearce”