I’m always on the lookout for something a little bit different to the usual here on Linda’s Book Bag so I was delighted to be asked to participate in the blog tour for Maharishi & Me: Seeking Enlightenment with The Beatles’ Guru by Susan Shumsky. Today Susan reflects on her experience and suggests three things we could all learn from a similar experience ourselves.

Published by Skyhorse, Maharishi & Me: Seeking Enlightenment with The Beatles’ Guru is available for purchase here.

Maharishi & Me: Seeking Enlightenment with the Beatles’ Guru

Susan Shumsky is a successful author in the human potential field. But in the 1970s, in India, the Swiss Alps, and elsewhere, she served on the personal staff of the most famous guru of the 20th century―Maharishi Mahesh Yogi.

Maharishi died in 2008 at age ninety, but his influence endures through the spiritual movement he founded: TM (Transcendental Meditation). Other books have been written about him, but this spellbinding page-turner offers a rare insider’s view of life with the guru, including the time the Beatles studied at his feet in Rishikesh, India, and wrote dozens of songs under his influence.

Both inspirational and disturbing, Maharishi and Me illuminates Susan’s two decades living in Maharishi’s ashrams, where she grew from a painfully shy teenage seeker into a spiritually aware teacher and author. It features behind-the-scenes, myth-busting stories, and over 100 photos of Maharishi and his celebrity disciples (the Beatles, Deepak Chopra, Mia Farrow, Beach Boys, and many more).

Susan’s candid, honest portrayal draws back the curtain on her shattering, extreme emotional seesaws of heaven and hell at her guru’s hands. This compelling, haunting memoir will continue to challenge readers long after they turn its last page. It dismantles all previous beliefs about the spiritual path and how spiritual masters are supposed to behave.

Susan shares: “Merely by being in his presence, we disciples entered an utterly timeless place and rapturous feeling, and, at the same time, realized the utter futility and insanity of the mundane world.”

Susan’s heartfelt masterwork blends her experiences, exacting research, artistically descriptive and humorous writing, emotional intelligence, and intensely personal inner exploration into a feast for thought and contemplation. Neither starry-eyed nor antagonistic, it captures, from a balanced viewpoint, the essence of life in an ashram.

After 22 years living in the ashrams and 6 years on the personal staff of the Beatles’ spiritual guru, Maharishi Mahesh Yogi, I would say we could all learn a lot by disconnecting from the busyness of our mundane life and taking time for spiritual growth. Whether that’s in an ashram or our own home, everyone can benefit from meditation.

When Maharishi first arrived in the West in 1959 to teach his method of Transcendental Meditation (A.K.A. TM), there was no “yoga,” no “meditation,” and no “mantra.” Within 10 years he made these into household words, “with a little help from his friends”—the Beatles.

In the mid-1960s,we hippies sought higher states of consciousness through psychedelic drugs. But, just as the Beatles discovered, LSD was not the answer. After a few horrifying trips down the rabbit hole with Owsley’s sugar cubes, I never came down from the drug and suffered a perpetual LSD flashback.

Learning TM in early August 1967 changed all that. The Beatles also learned in late August 1967, and they studied with Maharishi in Rishikesh for a few weeks in 1968. I spent six months there in 1970.

The atmosphere and idyllic setting in the jungle on a high cliff overlooking the Ganges River in the holy area of Rishikesh was ideal for meditation. That’s where the Beatles enjoyed one of their most creative periods and composed the songs for the “White Album.”

So what are three things we could all learn at an ashram?

Maharishi urged us to make the best use of our time on earth. That means it’s vital to focus on seeking and finding the ultimate reality. Since meditation is a powerful way to do this, practicing meditation and helping others to learn meditation are top priorities.

During the two decades I lived in Maharishi’s ashrams, I found meditation could bring clarity of mind, physical health, emotional balance, spiritual awakening, and ultimate freedom. It can heal all kinds of disturbances and create a more meaningful life.

It’s essential to take time in our busy lives for meditation, affirmation, prayer, and/or other spiritual practices that are suitable for us.

People might think living in an ashram is thrilling and romantic. But it isn’t what we expect, and it isn’t a fantasy. During their stay in Rishikesh, the Beatles’ towering expectations included the secret of life, astral magic, supernormal powers, and global peace—all in one month.

We tend to judge others based on personal bias and clouded ego projections. With gurus, our projections are extreme—skewed by notions of how holy people are “supposed” to behave. We fantasize spiritual masters possess no emotions or failings and never make mistakes. They must be self-effacing, austere, chaste, pious (whatever that means), and, above all—poor.

What we don’t realize is enlightened beings are human beings. Absurd expectations of anyone, enlightened or otherwise, surely bring disillusionment. The Beatles left Rishikesh in a huff because Maharishi didn’t measure up to the ridiculous pipe dream they’d invented in their heads.

3.The guru must ultimately be left behind.

Maharishi was known for walking up to people out of the blue and saying stunning, life-changing statements. One day he handed me a flower and said, “Don’t look to anyone. When you don’t look to anyone, then everyone will look to you.”

Though I wanted to stay with Maharishi forever, he knew that wasn’t the best path for me. After I’d worked on his staff in Europe for six years, from 1971 to 1976, he called me into this room and said, “You are too dependent on me as a person. I won’t always be here.” He told me to return to the States and make a lot of money. This was the last thing I expected to hear from him, and the last thing I ever wanted to do. However, by getting kicked out of the nest, I discovered that either God would catch me, or I would have to learn how to fly—real fast.

I continued to live in Maharishi’s ashrams in the States for another 12 years, until 1989. Then I had to leave him behind altogether. It was tough, but what I found was much greater than I ever expected. What I found was myself.

(What a remarkable journey Susan. Thanks so much for a fascinating guest post.) 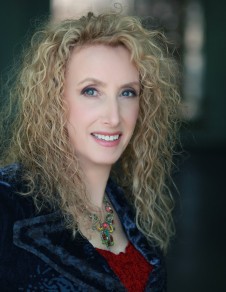 Dr. Susan Shumsky has dedicated her life to helping people take command of their lives in highly effective, powerful, positive ways. She is the multiple award-winning, best-selling author of 14 books. A pioneer in the human potential field, she has spent 50 years teaching thousands of people meditation, prayer, affirmation, and intuition. Her book titles include Miracle Prayer, Divine Revelation, Exploring Meditation, Exploring Auras, Exploring Chakras, How to Hear the Voice of God, Ascension, Instant Healing, Awaken Your Third Eye, Awaken Your Divine Intuition, Color Your Chakras, and Maharishi & Me.

7 thoughts on “Three Things We Could ALL Learn from Time Out in an Ashram: A Guest Post by Susan Shumsky, Author of Maharishi & Me”