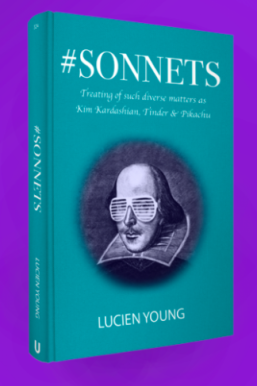 When Lucien Young got in touch recently I was so intrigued by what he told me about his writing I simply had to invite him onto Linda’s Book Bag to stay in with me and tell me about one of his books. When you’ve read what he has to say you’ll see why the ex-English teacher in me was so fascinated!

Staying in with Lucien Young

Welcome to Linda’s Book Bag Lucien. Thank you for agreeing to stay in with me.

My absolute pleasure! Thanks for having me! 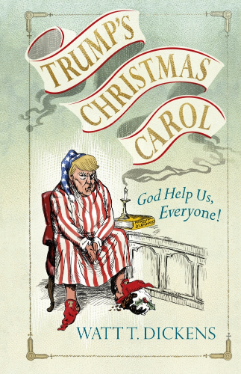 I’ve had a couple of humour books published by Ebury Press (Alice in Brexitland and Trump’s Christmas Carol), with a third coming out in September. 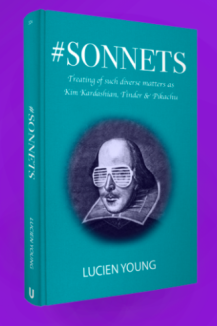 However, I’d very much like to share an altogether odder and more personal project. Over the last year or so, I’ve written 155 Shakespearean sonnets on subjects like Kim Kardashian, Tinder and Pikachu.

(Oh! That sounds a bit different. I love the idea of using the sonnet form for popular culture – seems apt somehow!)

As the subject is rather niche, I’m trying to crowdfund this book through the online publisher Unbound, under the title #Sonnets. If your readers are interested, they can find the funding page at unbound.com/books/sonnets. It features extracts and an embarrassing video of me giving a reading!

What can we expect from an evening in with #Sonnets?

An excellent time! I’m primarily a comedy writer, but I’m also a massive literary nerd. I read English at university and have always been obsessed with Shakespeare, as well as lesser known Elizabethan sonneteers like Philip Sidney and Edmund Spenser. As such, my ambition has been to make #Sonnets not only funny, but also technically adept, with first class iambic pentameter, perfect rhyme schemes, and more ‘thee-s’ and ‘thou-s’ than you can shake a stick at.

(This sounds utterly brilliant. I shall look out for a Petrarchan version later too!)

The book also combines my love of Shakespeare with my love of daft pop cultural ephemera. Here’s an example on the theme of Netflix:

(Wonderful – and exactly right for today’s society. Shakespeare would have approved!)

I’ve brought along a copy of Shakespeare’s Sonnets — after all, you can’t have a parody without the original.

By the way, did you know that the word ‘parody’ comes from the Greek para meaning ‘alongside’ and oide, meaning ‘song/ode’? So a parody is a song sung in parallel! Pretty cool, right?

(It is indeed. You’re right – you are a literary nerd.)

Nothing cheeky about it Lucien – no point in telling readers about a brilliant book and then not where they can find it! I really enjoyed hearing about #Sonnets and hope it’s a huge success for you. Thanks so much for staying in and telling me all about it.

Thanks again for having me, and for running a brilliant blog!

(Flattery will get you anywhere!)

While Shakespeare only wrote 154 sonnets, Lucien has written 155, making him one better. While Shakespeare kept his feelings on Spider-Man secret, Lucien has no such qualms. And while the immortal bard is unlikely to write you a personalised verse in exchange for a pledge, Lucien will very much do that…

You can pledge to support #Sonnets here. 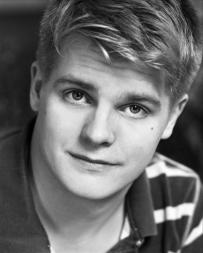 Lucien Young is the author of Alice in Brexitland and Trump’s Christmas Carol, both published by Ebury Press, and has written for TV programmes such as BBC Three’s Siblings and Murder in Successville. He was born in Newcastle in 1988 and read English at the University of Cambridge, where he was a member of Footlights.

4 thoughts on “Staying in with Lucien Young”