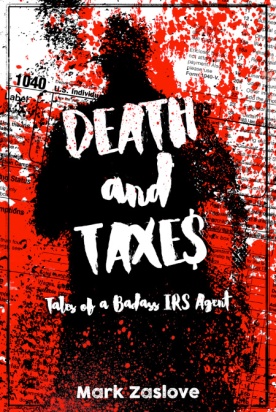 One of the wonderful aspects of being a blogger is being in at the start of a whole new reading adventure. Author Mark Zaslove has a brand new series starting and he’s here on Linda’s Book Bag to stay in and tell me more today.

Staying in with Mark Zaslove

Welcome to Linda’s Book Bag Mark. Thank you for agreeing to stay in with me.

Thanks, Linda – I’m a stayer-inner at heart so I appreciate the invite.The outside world is overrated. 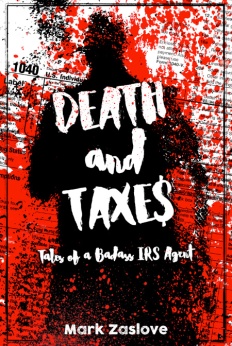 I’m sharing my thriller/suspense/humorous novel Death and Taxes: Tales of a Badass IRS Agent which was published on June 12 (just a few days after my birthday), because it’s fast, fun, and was a hoot to write.

(Oo. Belated Happy Birthday to you and Death and Taxes: Tales of a Badass IRS Agent.)

What can we expect from an evening in with Death and Taxes: Tales of a Badass IRS Agent?

Hmm, you can expect the unexpected, for example, when our IRS agent hero Mark Douglas needs to ask for help from a Texas cattle billionaire with a very cowish lifestyle.  Here’s Mark’s description of the billionaire’s unusual mode of transportation:

Take it from me, ’cause I’ve seen it all in my capacity as IRS over-the-shoulder-peek-a-boo auditor extraordinaire: luxury was a sliding scale thing. To some, three hot meals of Mickey D’s quarter pounders with Supersize fries and a ceiling with upstairs neighbors thumping around on at 2:00 a.m. was the Ritz. To others, anything short of a gold-plated Rolls with a custom license plate that read, “SWNKY,” simply “will not do, dear.” Then there was Jim Walker’s private jet. Jesus in a leopard-skin pillbox hat.

First, it was painted, shined and waxed Black Angus black. We were talking stealth black, the black between stars black, the total absence of color black. Lettered—in black—on the side of the plane was the corporate name: Tiny Beef Enterprises. Only readable when the light hit it just right. And it had horns. Big ol’ horns on either side of the cockpit. Ostensibly radar bubbles, but they sure looked like cow horns to me. Don’t know how the FAA let him do that, but I guessed money not only talked, it mooed.

Or Mark’s running commentary on a rather dimwitted money launderer who was definitely not the brains of the family:

It was Desmond Gloucester’s wedding anniversary. His tenth wedding anniversary. The “tin” anniversary. Tin? Who thought of that one? One of the original Puritans over on the Mayflower? And why did it not surprise me that his wife divorced him immediately afterward? “You giveth me tin? Thy stuff’s on the frontal lawn; I’m callingeth a solicitor.” Did we even use tin for anything anymore? Not like we had tin cans, or tin pans, or Tin Men. But I was rambling. Modern gift selection recommended for your tenth: diamond jewelry! Since when did an Oprah-raised, Redbook-in-the-supermarket-checkout-line- reading, I-want-a-separate-bank-account wife married more than three minutes want anything less than diamond jewelry? Ten years? She was ready to get a hunk of allotroped carbon that gave her carpel tunnel of the wrist just holding it up. Ten years? It better be set in platinum as well, or “sweetie” wasn’t doin’ any salami hiding until he manned up. “No rock, no rock ’n’ roll.”

So, expect the weird and wonderful.

(I think you may well have proved your point Mark!)

I brought some pics to share of the “yang” to my writing “yin.” I work ALL THE TIME doing scripts for Hollywood (and Tollywood, not mention many parts of Europe and China).  TV, movies, video games, and I like it, but to get my head right sometimes I need some solitude and heading out to the mountains to do astrophotography lets me go off-the-grid/no bars on the phone and just sit under the stars and take pretty pictures of the universe.

(That sounds the perfect way to relax.)

So, here’s my astro-imaging rig at a trailhead parking lot where I set up (note the Kindle): 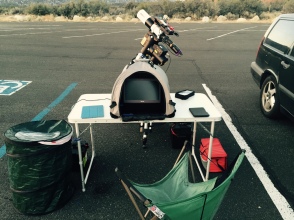 (That makes my camera looks every so slightly inadequate Mark…)

And here are some images I took over the last few years.

This is M31 the Great Andromeda Galaxy, a spiral galaxy that lies about 2.5 million light-years from me and maybe a few feet closer to you. 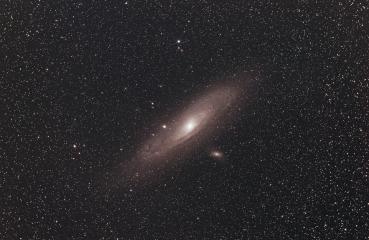 Then there’s NGC 7000 the North American Nebula (don’t it look North Americany?), which is a big ol’ cloud of interstellar gas glowing away all hydrogen. A bunch of dust between it and us is absorbing some of the light, which gives it the distinctive shape. This baby lies within our own galaxy. 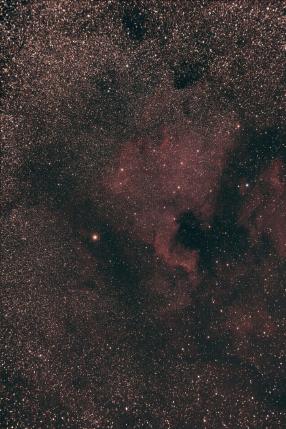 (I can see how doing this makes you switch off from the day job Mark. Just the images are giving me perspective about my place in the world.)

And this is one of the very first images I took when I got back into astrophotography (did it as a kid): Barnard 33 the Horsehead Nebula (the little horsey thingie) and NGC 2024 the Flame Nebula (the bigger flameythingie). More gas and stars and nebulosity. 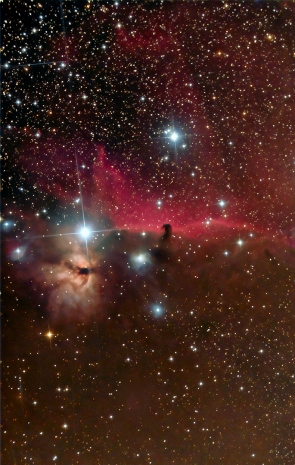 So, this is what I do to clear my head between furious bouts of writing: go out to the mountains and hang under the Milky Way with no disturbances (except the occasional woodland creature trying to mooch booze off me) and snap digital pics of the heavens. Exciting, huh?

It certainly is. I’ve loved seeing these photographs. Thank you so much for bringing them along and for staying in with me to chat all about Death and Taxes: Tales of a Badass IRS Agent. I’ve really enjoyed our evening.

Death and Taxes: Tales of a Badass IRS Agent

Death and Taxes follows Mark Douglas, an ex-Marine turned IRS agent, who, along with auditing the weird and the profane, also spearheads weekend raids with his locked-and-loaded gang of government-sanctioned revenuers, merrily gathering back taxes in the form of cash, money order, or more often than not, the debtor’s most prized possessions.

Things turn ugly when Mark’s much-loved boss and dear friend Lila is tortured and killed over what she finds in a routine set of 1040 forms.

Enlisting his IRS pals – Harry Salt, a 30-year vet with a quantum physical ability to drink more than humanly possible; Wooly Bob, who’s egg-bald on top with shaved eyebrows to match; Miguel, an inexperienced newbie with a company-issued bullhorn and a penchant for getting kicked in the jumblies – Mark hunts down the eunuch hit man Juju Klondike and the deadly Mongolian mob that hired him as only an angry IRS agent can. There will be no refunds for any of them when April 15th comes around. There will only be Death and Taxes.

Death and Taxes: Tales of a Badass IRS Agent is available for purchase through these links. 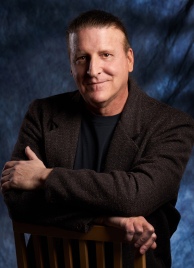 Mark Zaslove, author of Death and Taxes: Tales of a Badass IRS Agent, is a writer/director/producer of both live-action and animated movies and television. He creates content for all major studios, including Disney, Universal, Paramount, and Warner Bros. A two-time Emmy Award winner for writing/producing, and a recipient of the Humanities Prize (for writing about uplifting human values in television and movies), he also writes short fiction and has served as a senior editor on various magazines. A graduate of the University of California, Berkeley, he lives with his teenage son in Los Angeles.