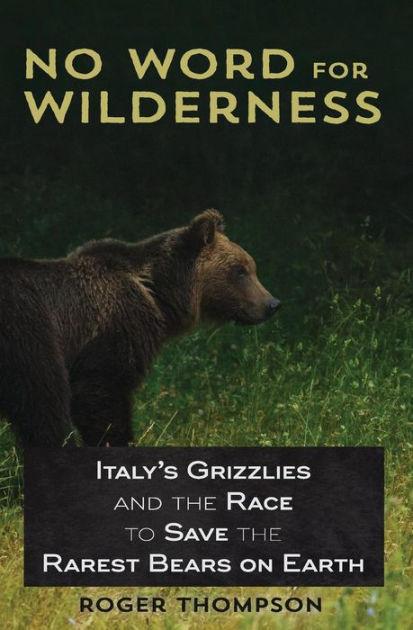 I’m such a wildlife fan as regular Linda’s Book Bag readers know. This year so far I have been to Uganda to trek to see chimpanzees and gorillas in the wild and to India to look (successfully) for tigers. Later in the year I’m off to Indonesia in the hope of seeing Komodo dragons. Consequently, when Roger Thompson got in touch with me I had to invite him onto the blog to spend an evening in.

Staying in with Roger Thompson.

Welcome to a fellow wildlife enthusiast Roger. Thank you for agreeing to stay in with me. 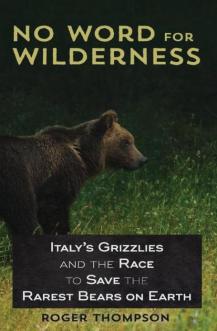 I’ve brought along my latest book, No Word for Wilderness: Italy’s Grizzlies and the Race to Save the Rarest Bears on Earth, which details the plight of the rarest bears on earth. They happen to live only 50 miles from Rome, and they are, to everyone’s surprise, virtually completely vegetarian. I’ve brought it along because these bears need our help. There are only 50 of these special bears left.

(My goodness. I didn’t even know they existed. You must tell me more.)

What can we expect from an evening in with No Word for Wilderness?

The book is a fast-paced adventure through Italy, where you meet scientists advocating for the bears, park directors who survive mafia assassination attempts, and local Italians whose livelihoods are linked to the survival of the bears. There is also a remarkable story of one bear that travels to Germany and, in 2006, disrupts the World Cup, the greatest sporting event in the world—this year’s World Cup already almost over. 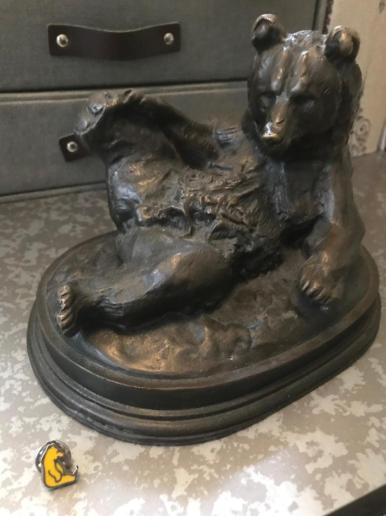 I’ve brought along two things. One is an enamel pin given to me by the director of Abruzzo National Park, home of Italy’s rare bears. I had interviewed him a couple of times for the book, and he was a gracious host. The other is a little statue that captures the spirit of these bears. My hope is that the book helps us all rethink our relationship to wild animals of all sorts, but especially bears, which are too often seen as simply dangerous. We need to make room in our imagination for visions of grizzlies that are different than what we already have.

(Those must be very special possessions, Roger)

I feel so ashamed I had no concept of these bears and their plight and am delighted to have been here to tell me more about them and your book No Word for Wilderness Roger. Thank you so much for staying in with me.

No Word for Wilderness 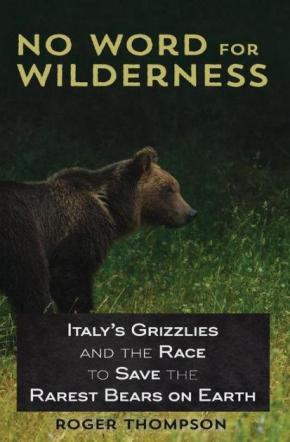 Fifty miles outside of Rome live the rarest grizzlies on earth.

In Italian, there is no word for wilderness. Yet in the mountains of Italy, brown bears not only exist, they are fighting to survive amid encroaching development, local and international politics, and the mafia. This meticulously researched and eye-opening book tells the incredible stories of two special populations of bears in Italy–one the last vestige of a former time that persists against all odds, the other a great experiment in rewilding that, if successful, promises to change how we see not only Italy but all of Europe.

The Abruzzo bears of central Italy have survived amid one of the oldest civilizations on earth–but now, with numbers estimated at as low as fifty individuals, they face a critical future as multiple forces, from farmers to the mob, collide within their territory. The Slovenian bears of northern Italy, brought to the Alps at the turn of the century, have sparked controversy among local and international interests alike. The stories of these bears take readers on a spectacular journey across Italy, where we come face-to-face not only with these fascinating species but with embattled park directors, heroic environmentalists, innovative scientists, and a public that is coming to terms with the importance of Italy’s rich natural history.

Award-winning author Roger Thompson has traveled throughout Italy documenting the history and current crises of these bears, and the result is an engaging and in-depth examination that resonates across all endangered species and offers invaluable insights into the ever-evolving relationships between human and non-human animals in a rapidly changing world.

Published by Ashland Creek Press, No Word for Wilderness is available for purchase here. 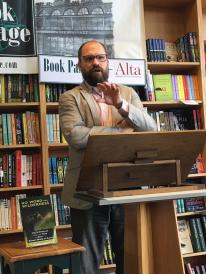 Roger Thompson is Director of the Program in Writing and Rhetoric at Stony Brook University. His first book, Beyond Duty, a co-written best selling Iraq War memoir, went through 5 printings in its first 5 months of publication and was shortlisted for an Oprah show. It was covered by the New York Times, the Dallas Morning News, NPR, and other major media outlets. Thompson lives in New York.

3 thoughts on “Staying in with Roger Thompson”