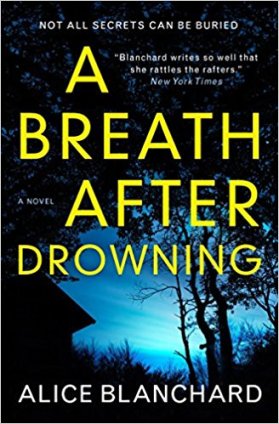 My enormous thanks to lovely Philippa Ward at Titan for a copy of A Breath After Drowning by Alice Blanchard in return for an honest review.

Published by Titan on 10th April 2018, A Breath After Drowning is available for purchase through these links.

A Breath After Drowning 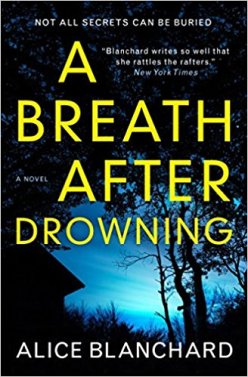 The stunning new psychological thriller from the award-winning author of Darkness Peering and The Breathtaker.

Child psychiatrist Kate Wolfe’s world comes crashing down when one of her young patients commits suicide, so when a troubled girl is left at the hospital ward, she doubts her ability to help.

But the girl knows things about Kate’s past, things she shouldn’t know, forcing Kate to face the murky evidence surrounding her own sister s murder sixteen years before.

A murder for which a man is about to be executed.

Unearthing secrets about her own family, and forced to face both her difficult relationship with her distant father and the possibility that her mother might also have met a violent end, the shocking final twist brings Kate face to face with her deepest fear.

My Review of A Breath After Drowning

Kate Wolfe’s life is about to be turned upside down when everything she thought she knew about her family’s past is brought into question.

Before I begin my review proper, I’m going to get one small grouch out of the way. As with many American based books, there are several references to particular brands in A Breath After Drowning which I find distracting and alien to my British reader taste. I never feel I really need to know whether a character is wearing a particular make of watch or suit. As a result, it took me a little while to attune to the style, but once I did I was totally ensnared.

A Breath After Drowning is a fast paced and exciting thriller with an excellent added and compelling psychiatric dimension that comes roaring through the professions and patients in the narrative. I was so impressed by the level of detail that helped the reader understand various viewpoints and rationales without detracting from the fast-moving action. There is no doubting the level of research that has gone in to making A Breath After Drowning believable and, sometimes, quite a gloriously uncomfortable read. Initially I wondered if the focus on the psychiatric aspect was too great, but as the novel progressed I could see exactly how and why the first half of the novel had the balance it did. This is such clever writing.

Also, in terms of psychiatry and psychology, I felt Alice Blanchard manipulated me just as well as any of the characters manipulate one another. I found I suspected just about everyone of just about everything during the course of my reading so that I was desperate to reach the conclusion to A Breath After Drowning and find out the truth. I wasn’t disappointed either!

In all honesty, A Breath After Drowning is a difficult book to review. I don’t want to say too much about the exciting plot for fear of spoiling the story for other readers and similarly, to reveal much about character could also lead to spoilers. I’ll just say that I found each of the characters very distinct and realistic personalities so that I had a clear knowledge of them. I found the balance of the sexes very interesting and thought the way in which Kate’s relationship with James adds some much needed light relief was very well handled.

The themes underpinning the action illustrate faultlessly how fragile we are; how we are all affected both by nature and nurture and how easy it is to slip from so-called ‘normal’ behaviours into spiralling mental illness. Themes of self-deception, obsession and grief give gravitas so that A Breath After Drowning is actually quite disturbing beyond being a very entertaining book.

I began A Breath After Drowning wondering if I was going to appreciate it as it didn’t seem to appeal to my reading taste and ended up thinking it was skilled, riveting and exciting. It’s a super read. 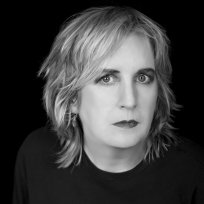 Alice Blanchard won the Katherine Anne Porter Prize for Fiction for her book of short stories, The Stuntman’s Daughter. Her first novel, Darkness Peering, was a New York Times’ Notable Book and a Barnes & Noble Best Mystery. Her thriller, The Breathtaker, was an official selection of the NBC Today Book Club. Alice has received a PEN Award, a New Letters Literary Award, and a Centrum Artists-in-Residence Fellowship. Her books have been published in 16 countries.

2 thoughts on “A Breath After Drowning by Alice Blanchard”