Last Letter Home is available for purchase through the links here. 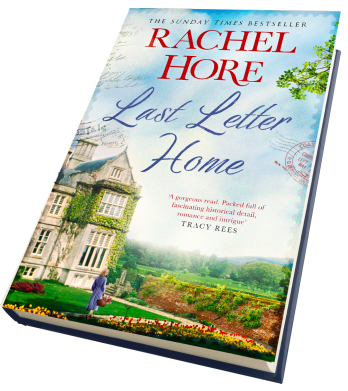 On holiday with friends, young historian Briony Andrews becomes fascinated with a wartime story of a ruined villa in the hills behind Naples. There is a family connection: her grandfather had been a British soldier during the Italian campaign of 1943 in that very area. Handed a bundle of letters that were found after the war, Briony sets off to trace the fate of their sender, Sarah Bailey.

In 1939, Sarah returns with her mother and sister from India, in mourning, to take up residence in the Norfolk village of Westbury. There she forms a firm friendship with Paul Hartmann, a young German who has found sanctuary in the local manor house, Westbury Hall. With the outbreak of war, conflicts of loyalty in Westbury deepen.

When, 70 years later, Briony begins to uncover Sarah and Paul’s story, she encounters resentments and secrets still tightly guarded. What happened long ago in the villa in the shadow of Vesuvius, she suspects, still has the power to give terrible pain …

Last Letter Home begins in a hillside holiday villa some miles inland of Naples, where Briony Wood is staying with a group of friends one hot summer and where a chance meeting leads to the discovery of a cache of old letters.  Briony is a historian, her speciality Second World War Italy, but she also learns of a personal link to the area – her grandfather Harry was stationed here with the British Army in 1943.  Whilst trying to find what happened to the correspondents of the letters, back in Norfolk, she becomes enmeshed in secrets from the wartime past.

For many of us Italy is a romantic place, glorious for holidays, for food and wine, stunning countryside and its rich culture, but many are alive still who remember a darker side. In 1943 it became the theatre of one of the most gruelling military operations of World War II, when the Allied armies pushed the Nazis northwards inch by painful inch, wading through mud in the winter rains and crossing unforgiving mountainous terrain.  No other military operation in the West in that war led to so many dead or wounded infantry as the Italian Campaign, and many of the wounds inflicted were invisible ones, for the conditions were so extreme they drove men beyond mental endurance.  This was the setting into which I sent Briony’s grandfather Harry and his fellow soldiers Paul and Ivor, where they took part in events whose consequences echoed down generations of all their families.

Italy’s part in the war was initially an opportunistic one.  Her fascist leader, Benito Mussolini, had only weighed in on the side of Germany in June 1940 as France fell; he saw the chance to pursue old imperial ambitions in the Mediterranean and North Africa.  At first he was successful, but after years of fighting and the Allies’ victory at the third battle of El Alamein, Italian troops were forced to withdraw from the African continent.  The Allies followed them.  In July 1943 a huge fleet gathered off the coast of Malta, waiting for a calm moonlit night.  In the early hours of the 10th they invaded Sicily.  Weeks of fierce battle ensued. Many Italian soldiers were killed or gave themselves up. The stronger German forces finally fled to the mainland.  On 8th September, Italy surrendered, but the Nazis persisted, digging themselves into the north of the country, determined to defend the route to their homeland.

It’s hard now to imagine the devastation the war brought to Italy.  Perhaps these photographs will help.  What it’s even more difficult to discover is the stories of individuals who suffered and, in the case of Paul, what it was like for a German exile fighting for the British against his fellow countrymen.  In Last Letter Home this is the gap where the fiction comes in.

(Thank you so much Rachel. I’m even more desperate for Last Letter Home to reach the top of my TBR now!) 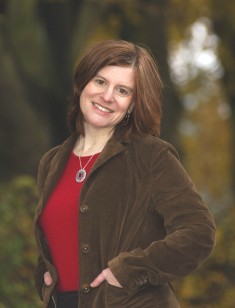 Rachel Hore worked in London publishing for many years before moving with her family to Norwich, where she teaches publishing and creative writing at the University of East Anglia. She is married to the writer D. J. Taylor and they have three sons. 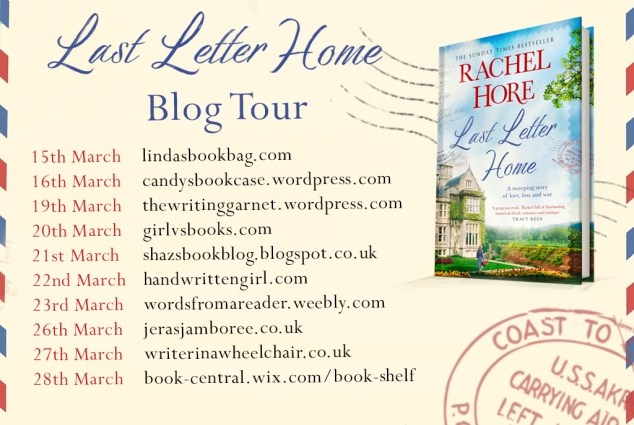 15 thoughts on “Why Italy? A Guest Post by Rachel Hore, Author of Last Letter Home”