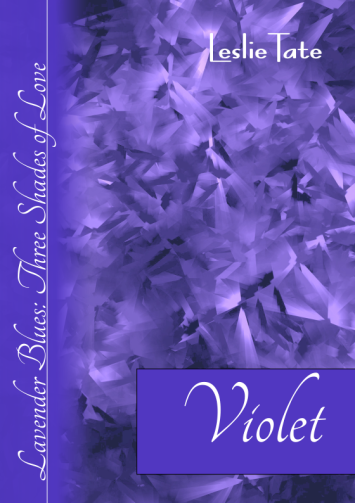 It’s a welcome return to Linda’s Book Bag by Leslie Tate, author of Violet as Leslie has previously written for the blog alongside my review of his writing here. Today Leslie explores how his writing emerges in a fascinating insight into the writing process as he celebrates publication day for Violet. 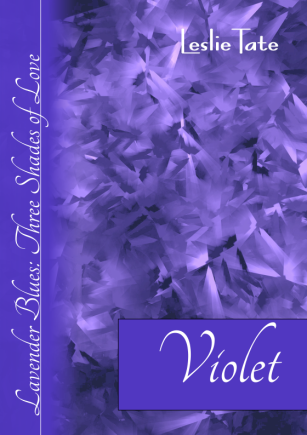 The passionate, late-life love of Beth and James begins in 2003 on a blind date in a London restaurant. Attracted by James’s openness, Beth feels an immediate, deep connection between his honesty and her own romantic faith. From then on they bond, exchanging love-texts, exploring sea walks and gardens and sharing their past lives with flashbacks to Beth’s rural childhood and her marriage to a dark, charismatic minister.

Telling stories runs in Beth’s family, so she keeps up with her friends, following their efforts to find love in a soulless, materialistic world. But Beth’s own passion for giving and commitment is pushed to the limit as she and James struggle with her divorce problems, each other’s children, and life-threatening illness. In the end, tested by pain, they discover something larger than themselves that goes beyond suffering and loss…

When I interview authors on my blog https://leslietate.com/ I want to find out what lies behind their latest book So I avoid exchanges about sales or promotion, asking them instead about the process of writing. One of the questions I ask is, ‘Can you tell me about the beginning, growth and development your book?’ Applying the same question to Violet, my latest novel, I came up with the following three-part answer.

I don’t plan my novels. I’ve never felt able to find an anecdote that translates neatly into a finished story. So I set off writing Violet knowing only that it was about a late-life love affair. I’d a picture in my head of meeting my wife, Sue Hampton, in a West End restaurant, and I used that as my guide. I wanted to capture the fragile immediacy of our first encounter, how important it was, and how quickly it all happened. Beth and James are not like us, so their words and acts were largely imagined, but the feelings they experience were based on ours.

My first few pages are usually the most autobiographical. After that the characters take over and the ‘me’ in the story narrows down to a few borrowed details.

So here are a few examples of real-life borrowings, taken from Violet:

Before our meeting, Sue and I exchanged numerous letters and talked for hours on the phone.

On the day I had difficulty finding the restaurant.

Like Beth in the book, Sue turned up very early.

But the 3½ hours of intense table talk that followed between us wasn’t going to work in a novel. It was too static and far too long-winded. Even cut, it wouldn’t hold the reader. So I said goodbye to Sue and Leslie and allowed Beth and James to take over.

But I did want to capture the power of the experience. This was the story of two experienced adults diving in and going through a sea change. Translated into fiction, that meant taking risks. So James oversteps the mark, drinking from a glass smeared with Beth’s lipstick, plays mime games, and invites Beth, in the middle of the restaurant, to dance.

You can read this section of the book, together with a commentary describing how it was written, here.

I was aware that I was pushing it in the restaurant scene. Of course Beth and James have already had contact, making them more open, but for weeks after writing it I kept revising and re-reading to check for plausibility. In the end it seemed to work, mainly, I believe, because the mind in the act of reading takes things for granted and often jumps ahead.

As an author, I use the selective nature of the novel to foreshorten time and work the changes. The remote is in my hands and I can press ‘hold’, ‘rewind’ or ‘fast forward’. I can also change channels. So the restaurant scene moves quickly from the nervous reality of a conventional first meeting to a lover’s dream. And the dialogue is twofold, mixing short and meaningful quips with going in deep. Everything is imagined: so Beth and James come out with things we’d all like to say but usually keep shtum, while the reported conversations blend author-talk with voices in the head. The aim is to surprise and take a view on life, but not to break the spell.

Once I have a start, the discoveries begin. Mostly I find my direction by writing it, but I also have a long-term feel for what I’d like to happen. If the two are at odds, then the short-term wins. So starting Violet with Beth and James meeting at 50 meant I had to find a way to tell their full stories. I’d thought I might be able to flashback during the restaurant scene but found, in the end, I needed to give them separate treatment. And that meant, in James’s case, telling his backstory through his letters to Beth. In her case I began from birth in close third person, using her own juvenile stories to show how she’d changed.

So the book became layered, moving back and forth between present-day romance and Beth’s failed marriage to a born-again minister. At the same time I had an underlying feeling that the story was developing in a direction I had to follow…

These changes were structural. They showed me that a book is never finished. And of course there’s a ripple effect, every minor change has its repercussions, and it’s always possible to add in links and connections to improve the flow.

In the end, a novel is complex. It has to be so since people and the world can’t be easily summed up. In Violet I tried to reflect that complexity by writing in both third and first person and by including letters, stories and Beth’s diary. But the central idea is simple: boy meets girl in later life, they fall for each other, but have to cope with misfortune. In the words of the blurb: ‘The passionate, late-life love of Beth and James begins in 2003 on a blind date in a London restaurant. Attracted by James’s openness, Beth feels an immediate, deep connection between his honesty and her own romantic faith. From then on they bond, exchanging love-texts, exploring sea walks and gardens and sharing their past lives with flashbacks to Beth’s rural childhood and her marriage to a dark, charismatic minister.

Telling stories runs in Beth’s family, so she keeps up with her friends, following their efforts to find love in a soulless, materialistic world. But Beth’s own passion for giving and commitment is pushed to the limit as she and James struggle with her divorce problems, each other’s children, and life-threatening illness. In the end, tested by pain, they discover something larger than themselves that goes beyond suffering and loss…’

Thanks so much for this Leslie. It’s a fascinating insight into how your writing takes shape. All the very best with Violet. 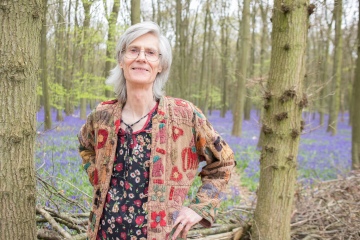 Leslie Tate studied Creative Writing at the University of East Anglia and has been shortlisted for the Bridport, Geoff Stevens and Wivenhoe Prizes. He’s the author of the trilogy of novels Purple, Blue and Violet, as well as his trans memoir Heaven’s Rage, which has been turned into a film. Leslie runs a mixed arts show in Berkhamsted, UK, where he lives with his wife, multi-talented author Sue Hampton. On his website he posts up weekly creative interviews and guest blogs showing how people use their imagination in life, in many different ways.

To find out more about Leslie Tate, visit his website, find him on Facebook and follow him on Twitter.  On Leslie’s website you will also find weekly interviews and guest blogs by writers, artists and musicians, as well as Leslie’s own writings.

9 thoughts on “Shades of Violet: A Guest Post by Leslie Tate”