I am loving staying in with such a varied range of authors who transport me all over the world with their books and it gives me enormous pleasure to welcome Jennifer S. Alderson to Linda’s Book Bag today who is taking me to Amsterdam.

Staying in with Jennifer S. Alderson

Welcome to Linda’s Book Bag, Jennifer. Thank you for agreeing to stay in with me and tell me about your writing. Which of your books have you brought along to share with me and why have you chosen it?

Hello, Linda! Thanks for inviting me to stay in with you tonight.

I’ve brought my art mystery set in World War II and present-day Amsterdam, The Lover’s Portrait. American art history student Zelda Richardson finds clues to the whereabouts of a collection of masterpieces, secreted away in 1942 by a Dutch art dealer who’d rather die than turn his collection over to his Nazi blackmailer. Her discoveries make her a target of someone willing to steal – and even kill – to find the lost paintings. As the list of suspects grows, Zelda realizes she has to track down the lost collection and unmask a killer if she wants to survive.

I choose to bring The Lover’s Portrait because I am immensely proud that I finished it! In 2004, I moved to Amsterdam to study art history and worked for several Dutch museums before my son was born in 2011. I’d been batting this idea for an art mystery around in my head for years, but didn’t work out the plot’s structure until I decided to stay home and raise him. I wrote primarily while he napped. Three years later, it was ready for publication. Writing about art, history and museums was also a wonderful way to stay in touch with my ‘adult life’ while raising a toddler.

(A brilliant way of defeating baby brain I think!)

It is so gratifying to see readers and reviewers responding so well to it. It recently won a Chill With A Book Readers’ Award, the Silver Cup in Rosie’s Book Review Team 2017 Awards in the Mystery category, was one of The Displaced Nation’s Top 36 Expat Fiction Picks of 2016, and came in at 14 in BookLife’s 2016 Prize for Fiction in the Mystery category. When I was writing away in a milk-splattered t-shirt, gazing at the screen through bloodshot eyes, I never could have imagined the warm reception it would receive and am quite grateful for it!

(How exciting. Congratulations on all your success Jennifer.)

What can we expect from an evening in with The Lover’s Portrait?

Expect to learn about modern and degenerate art, European artists, Dutch history, the plight of homosexuals and Jewish artists in Europe during World War II, daily life in occupied Amsterdam, and the complexities inherent to the restitution of artwork stolen by the Nazis. As one reviewer noted, The Lover’s Portrait is not just about stolen paintings, but also the lives that were stolen. My characters spend a lot of time in my favorite parks, museums and cafes, as well. I hope my descriptions of Amsterdam inspire you to visit this wonderful city I now call home!

(I haven’t been to Amsterdam for 25 years since my 10th wedding anniversary! The Lover’s Portrait could be a smashing way to travel there vicariously.)

Reviews are always a great way to decide if a book is for you. I am delighted to see more than 50 glowing reviews on Goodreads, Amazon worldwide, Kobo, Barnes and Noble and iBooks.

BookLife Prize for Fiction called it a “gripping mystery…the suspense is intensely magnetic and the characters equally captivating.”

According to IndieReader, it is “well worth reading for what the main character discovers—not just about the portrait mentioned in the title, but also the sobering dangers of Amsterdam during World War II.”

And Readers’ Favorite awarded it a 5 star medal, writing, “The Lover’s Portrait is a well-written mystery with engaging characters and a lot of heart. The perfect novel for those who love art and mysteries!”

I hope you sit back, relax and savor the art, history and setting. I would love to know if you solved the mystery before Zelda did!

For those who haven’t yet been, I wanted to share two photographs of Amsterdam. The first shot is of the Prinsengracht, one of my favorite canals. The tiny streets, many bridges, and stately homes make it so photogenic! I couldn’t resist including a photo of the Speigelgracht, a small canal close to where my fictitious art dealer’s gallery is located. You can also see the Rijksmuseum looming in the background. Several reviewers mentioned they loved ‘traveling’ to Amsterdam via The Lover’s Portrait. Those kinds of remarks really make me smile because I worked so hard to make the descriptions of my adopted hometown as accurate and inviting as possible.

(Those photos make me want to go straight back to Amsterdam.)

Here’s a pair of headphones, in case readers would rather listen to The Lover’s Portrait audiobook (available here).

A box of chocolate-covered cherries for the host is also in order. I can’t get enough of these little balls of chocolatey goodness – especially when editing! 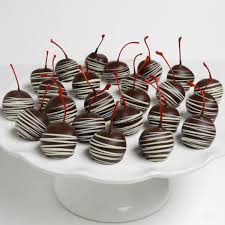 Last but not least, I also have with me an early review copy of Rituals of the Dead, the third mystery in the Adventures of Zelda Richardson series. Art, religion, and anthropology collide in this thrilling artifact mystery set in Papua New Guinea and the Netherlands. I am SO excited about its upcoming release on April 6th; I’m sharing it with everyone I meet!

(How exciting! I’d love to go to Papua New Guinea so I’ll sneak in details about both books below.)

Thanks so much for staying in with me to tell me all about The Lover’s Portrait Jennifer. It sounds a fascinating read.

Thank you so much for this opportunity, Linda. It’s been fun chatting about Amsterdam, writing and chocolate with you. I’ve enjoyed reading about your previous guests’ books and am honored to now be among those ‘Staying In With’ you! All the best, Jennifer

The Lover’s Portrait: An Art Mystery

When a Dutch art dealer hides the stock from his gallery – rather than turn it over to his Nazi blackmailer – he pays with his life, leaving a treasure trove of modern masterpieces buried somewhere in Amsterdam, presumably lost forever. That is, until American art history student Zelda Richardson sticks her nose in.

After studying for a year in the Netherlands, Zelda scores an internship at the prestigious Amsterdam Historical Museum, where she works on an exhibition of paintings and sculptures once stolen by the Nazis, lying unclaimed in Dutch museum depots almost seventy years later. When two women claim the same painting, the portrait of a young girl entitled Irises, Zelda is tasked with investigating the painting’s history and soon finds evidence that one of the two women must be lying about her past. Before she can figure out which one and why, Zelda learns about the Dutch art dealer’s concealed collection – and that Irises is the key to finding it.

Her discoveries make her a target of someone willing to steal – and even kill – to find the missing paintings. As the list of suspects grows, Zelda realizes she has to track down the lost collection and unmask a killer if she wants to survive.

Rituals of the Dead: An Artifact Mystery

Art, religion, and anthropology collide in Alderson’s latest mystery thriller, Rituals of the Dead, book three of the Adventures of Zelda Richardson series.

Art history student Zelda Richardson is thrilled to be working at the Tropenmuseum in Amsterdam on an exhibition of bis poles from the Asmat region of Papua New Guinea – the same area where a famous American anthropologist disappeared in 1962. When his journals are found inside one of the bis poles, Zelda is tasked with finding out more about the man’s last days and his connection to these ritual objects.

Zelda is pulled into a world of shady anthropologists, headhunters, missionaries, art collectors, and smugglers – where the only certainty is that sins of the past are never fully erased.

Join Zelda as she grapples with the anthropologist’s mysterious disappearance fifty years earlier, and a present-day murderer who will do anything to prevent her from discovering the truth.

Jennifer’s books are available through Amazon, Kobo, Barnes and Noble and Smashwords. You can also visit Jennifer’s website for direct links.

Jennifer S. Alderson was born in San Francisco, raised in Seattle, and currently lives in Amsterdam. Her love of travel, art, and culture inspires her ongoing mystery series, the Adventures of Zelda Richardson. Her background in journalism, multimedia development, and art history enriches her novels.

In Down and Out in Kathmandu, Zelda gets entangled with a gang of smugglers whose Thai leader believes she’s stolen his diamonds. The Lover’s Portrait is a suspenseful “whodunit?” about Nazi-looted artwork that transports readers to wartime and present-day Amsterdam. Art, religion, and anthropology collide in Rituals of the Dead, a thrilling artifact mystery set in Papua New Guinea and the Netherlands.

You can find out more about Jennifer via her website, on Facebook, and Goodreads or by following her onTwitter @JSAauthor.

9 thoughts on “Staying in with Jennifer S. Alderson”