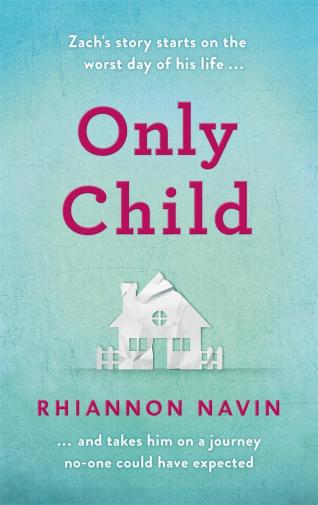 I’m absolutely delighted to be part of the launch celebrations for Only Child by Rhiannon Navin and would like to thank Jess Duffy at Pan Macmillan for inviting me to participate.

Published by Mantle, an imprint of Pan Macmillan, Only Child is available for purchase here. 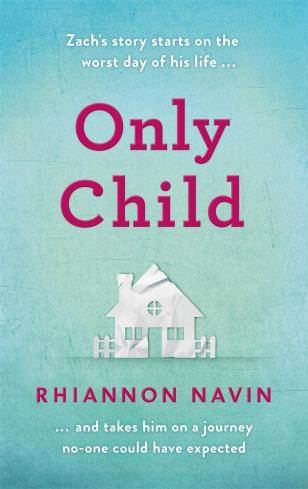 We went to school that Tuesday like normal.
Not all of us came home . . .

Huddled in a cloakroom with his classmates and teacher, six-year-old Zach can hear shots ringing through the corridors of his school. A gunman has entered the building and, in a matter of minutes, will have taken nineteen lives.

In the aftermath of the shooting, the close knit community and its families are devastated. Everyone deals with the tragedy differently. Zach’s father absents himself; his mother pursues a quest for justice — while Zach retreats into his super-secret hideout and loses himself in a world of books and drawing.

Ultimately though, it is Zach who will show the adults in his life the way forward — as, sometimes, only a child can.

My Review of Only Child

A school shooting has repercussions that reverberate throughout the community and especially the life of Zach.

That’s it. I am officially broken. I’ve found it difficult to shake off the total feelings of devastation, grief and, yes, hope, as a result of reading Only Child.

Let me be honest. I don’t much like children. I’m never very keen on children as protagonists and I usually find their appearance contrived or unrealistic. I avoid books where they play too great a role.

And I am utterly wrong.

Zack in Only Child is sheer perfection. He has wrapped his fists round my heart and I am not going to forget him. The manner in which Rhiannon Nevin conveys Zach’s innocence and his wisdom is nothing short of genius. He is completely and utterly real so that it is impossible not to be caught up inescapably in his story.

I found Only Child gut-wrenchingly emotional. I was so glad the chapters were short as I had to keep stopping for a break as I couldn’t tolerate the intensity of the emotions it created in me. I experienced the grief of Zach’s family. I experienced deep love. I experienced white hot rage. I think the fact that I read Only Child just after the latest totally futile shooting of children in America made me feel every moment, every nuance so that I wish all those in favour of guns would read it too. Whilst Rhiannon Nevin illustrates the absolute devastation such events have on those left behind, she does so without sentimentality, but rather lays bare the very souls of those affected. So powerful is her writing that I felt I had lost Andy myself.

The reverberations in the aftermath of a school shooting are poignantly and acutely displayed. The breakdown in relationships, the family dynamics and interactions, the response of the media and society, the desire for revenge and the need for forgiveness are flawlessly explored so that I experienced every moment first hand and not just as a reader one space removed.

I finished Only Child through a blur of unstoppable tears, mirroring those of the characters between its pages. I applaud Rhiannon Nevin for her utterly beautiful, heart rending and impassioned writing. I’ve not encountered anything quite like it. I cannot express what an important, moving and terrifyingly too familiar story this is. We all need to read Only Child and campaign to stop the madness. 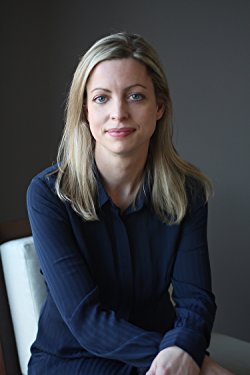 Rhiannon Navin grew up in Bremen, Germany, in a family of book-crazy women. Her career in advertising brought her to New York City, where she worked for several large agencies before becoming a full-time mother and writer. She now lives outside of New York City with her husband, three children, two cats, and one dog.

Only Child is her first novel. 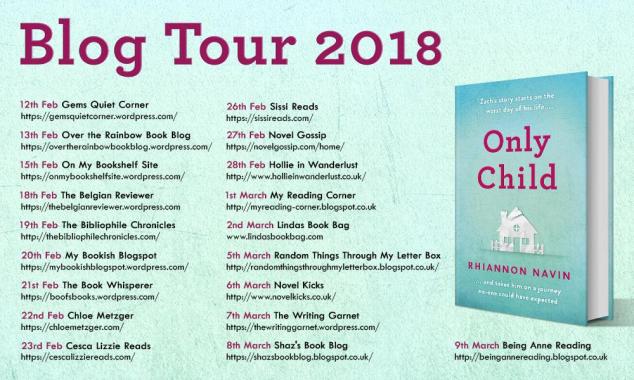 3 thoughts on “Only Child by Rhiannon Navin”