I’m thrilled and a little bit star struck to welcome back Rachel Amphlett to Linda’s Book Bag today in celebration of her new release Assassins Hunted. Even better, Rachel has agreed to tell me some aspects about her that others might not know so I’m very excited to share those with you. Previously, Rachel wrote a brilliant post (here) about Living Locations when another of her books, Scared to Death was released.

Eva Delacourt has been in hiding for three years after her fiancée was assassinated in cold blood outside the British embassy in Prague.

She thought she was safe.

But someone in the mysterious Section has betrayed her, and now she’s on the run for her life, sworn to protect the six-year-old boy she adores.

Her enemies are closing in, and the odds are not in Eva’s favour. For Eva, the nightmare is just beginning…

With another new series published to kick off 2018, I thought it might be a good idea to let you know a little bit about me, as this might be the first time we’ve met. Here we go!

1. I have two passports

I emigrated to Australia from the UK 11 years ago, so now I have an EU passport and an Australian one. It makes it easier for travelling and I love having the EU one for getting around the UK and Europe – it makes things much simpler.

I had to take a citizenship test and attend a ceremony before I could apply for my Australian passport. It was so funny – there was a really dodgy singer providing the entertainment, and then every new citizen had to get up on stage, shake hands with the mayor of the local council, and be presented with our citizenship certificate and a grevillea sapling (a tree) to take home. My rescue greyhound ate the tree within three days of my being presented with it…

The moment I land back at Brisbane airport, I’m already planning the next trip away. I love everything about travelling – even the long-distance flying – there’s something enjoyable about setting out on a journey: people watching; catching up with films or a book while flying; and then landing somewhere completely different and soaking up the culture and meeting new people.

You will never, ever find me watching a horror film!  I think it has something to do with the fact that I have an overactive imagination. The only true horror film I’ve ever watched was Hallowe’en 3 when I was about 12 years old. Never, ever again – even the beginning of Poltergeist freaked me out!

Some TV shows can send chills down my spine, too. I recently got hold of the box set of the first three series of Luther and since then have heard about the episode with the killer under the bed – I don’t know if I can watch the rest of it!

(I’m a wimp too – I avoid horror books as I find them too scary.)

Okay, so it wasn’t a real helicopter, but the crashes were still pretty spectacular.

I’ve written two espionage series (the Dan Taylor series, and now the English Spy Mysteries series), and I’ve always been a stickler for research ­– more so if I can get away from the desk and the internet, because hands-on research is a lot more fun!

I had a scene in one of my books, Three Lives Down, where a daring prison rescue is made using a helicopter landing right in the middle of the abandoned exercise yard. I’ve never attempted such a thing myself, and there’s a company in Brisbane that offers sessions in a Black Hawk helicopter simulator, so I thought “why not?”

Put it this way – be grateful I’m not a helicopter pilot. After five attempts at taking off only to ditch the aircraft in the dirt every time, the instructor eventually took pity on me and got me up in the air – after that, it was a ball. And I’m definitely better as a gunner – those enemy tanks didn’t stand a chance…

(I’ve only been in a helicopter once to view the Iguassu Falls, but I’m pretty glad you weren’t the pilot!)

I wanted my Kay Hunter series to be as realistic as possible, so apart from gathering information and guidance from both active and retired police officers this past year, I’ve also undertaken a couple of short courses to give me an understanding of the science behind the job.

FutureLearn is an online initiative that offers free courses from some of the best universities around. It started with offerings from UK universities, but now includes some international ones as well.

I first studied forensic psychology to gain more insight into police interviewing techniques, and have completed a forensic science course through the University of Strathclyde.

All of this has given me fresh insights into what my characters might have to deal with and, of course, my imagination has been working overtime with new story ideas!

(I love Futurelearn Rachel – I’ve done their creative writing course twice as well as others on Hadrian’s Wall and World War One. Thanks so much for telling us five things we might not have known. Good luck with this new series.) 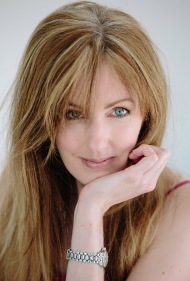 Rachel Amphlett is the bestselling author of the Dan Taylor espionage novels and the new Detective Kay Hunter crime thriller series, as well as a number of standalone crime thrillers.

Originally from the UK and currently based in Brisbane, Australia, Rachel’s novels appeal to a worldwide audience, and have been compared to Robert Ludlum, Lee Child and Michael Crichton.

She is a member of International Thriller Writers and the Crime Writers Association, with the Italian foreign rights for her debut novel, White Gold, being sold to Fanucci Editore’s TIMECrime imprint in 2014.

An advocate for knowledge within the publishing industry, Rachel is always happy to share her experiences to a wider audience through her blogging and speaking engagements.

10 thoughts on “5 Things You Might Not Know About Rachel Amphlett, Author of Assassins Hunted”