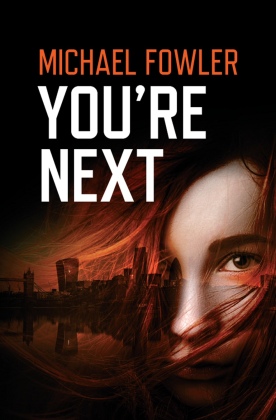 I’m delighted to welcome Michael Fowler, author of You’re Next to Linda’s Book Bag in interview today, not least because I didn’t ask the questions this time so I’m interested in reading more too!

Published by Caffeine Nights on 7th November 2017, You’re Next is available for purchase from your local Amazon site. 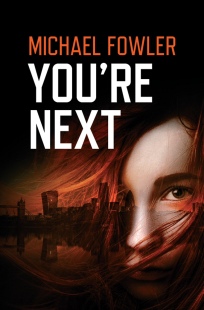 It is the opening day of Detective Sergeant Scarlett Macey’s biggest case of her life – ‘The Lycra Rapist’ is standing trial for a series of brutal rapes.

But things don’t go according to plan – the trial collapses – and James Green is freed.

Scarlett is determined his freedom will not last long and immediately begins planning his downfall.

Meanwhile James Green has his own plans for revenge, and driven by feelings of hatred begins to pick out those who brought about his downfall – priming them for the kill.

Scarlett has faced many villains in the past, but never one quite as terrifying as James Green…

An Interview with Michael Fowler

Why did you write a book?

I’ve been writing since the age of eleven, and had several attempts at writing a full novel, but either the plot was weak, or I ran out of steam because of my lack of knowledge and experience of writing. When I finished work in 2006 I promised myself that I would finish a book, even if it was just for fun.

Do you write every day?

This year has been has been a car crash in terms of writing – so many distractions, which has been frustrating. However, until this year, for the last five years my writing has been pretty intense and I have spent most days writing, or something to do with the development of my novels.

Do you work to a plot or do you prefer to see where the idea takes you?

I draft an initial plot, with characters, and create a storyboard on a large whiteboard on my study wall, and when I set out with my crime I run my storyboard as if I was running a major incident (back to my detective days). It invariably takes a change of direction as the story develops, but I love that when it happens.

How long does it take you to write a book?

Until this year, I’ve been writing 2 a year.

What’s the worst thing about writing a book?

Not being able to get the words down fast enough.

What’s the best thing about writing a book?

Seeing your name on the cover in a store, and getting invited to do talks.

Why did you choose your particular genre?

I’ve been a lover of crime books since a teenager, and as a former detective ‘write what you know.’

If you had to write in a different genre, which would you choose?

Which book character do you wish you had written?

What do you think are the best and the worst things about social media?

It’s great for publicity, but it’s also so instant and needs sustaining. It gets in the way of writing.

A few questions, just for fun:

If you could be invisible for a day, what would you do?

If I joined you on your perfect day, what would we be doing?

We would start with a full English breakfast, go for a stroll around some dramatic headland with a sea view, where I would stop to put in a few hours of painting. During this session I would more than likely write about what I was experiencing/seeing to put into a future novel. Mid-afternoon I would spend an hour in the gym or go for a swim and then in the evening it would be off to a restaurant, for a couple of beers, followed by a meal with wine. Except for the time painting, and in the gym, we would be in conversation – I love talking to people – finding out what makes them tick.

My granddaughter says I make the best Spag Bol ever!

If you could be anyone for the day, who would you be?

I enjoy being me – I have a great life. I’m living the dream.

(I might have to pinch some of those questions for future interviews!)

Following retirement, after thirty-two years as a police officer, working mainly as a detective, Michael returned to the deadly business of murder, as a writer. His past work brought him very close to some nasty characters, including psychopaths, and gruesome cases, and he draws on that experience to craft his novels: There is nothing gentle about Michael’s stories.

His landmark novel Heart of the Demon, published in 2012, introduced Detective Sergeant Hunter Kerr. Michael has since written five novels and a novella featuring Kerr.  He also released the first DS Scarlett Macey book in 2016. Michael is also the author of a stand-alone crime novella and a true crime thriller.

Michael has another side to his life – a passion for art, and has found considerable success as an artist, receiving numerous artistic accolades. Currently, his oil paintings can be found in the galleries of Spencer Coleman Fine Arts.

He is a member of the Crime Writers Association and International Thriller Writers.

One thought on “An Interview with Michael Fowler, Author of You’re Next”