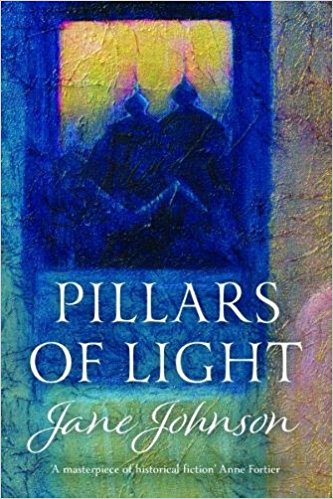 Released on 5th October 2017, Pillars of Light is available for purchase here.

In the Syrian city of Akka, Nathanael, a young Jewish doctor, and a Muslim girl called Zohra are about to fall in love, unaware that Jerusalem has just been taken by Saladin’s army and that their city will soon be engulfed by war.

Meanwhile in England, John Savage, a foundling boy, runs away from his cruel life in a priory with The Moor, a mysterious man driven by a dream of perfection.
John and The Moor become members of a band of conmen travelling through the English countryside faking religious miracles for cash, until they are recruited in Richard the Lionheart’s drive to regain the Latin Kingdom from the infidel. Akka awaits. It will be the site of the greatest–and cruellest–siege of its time. But even in the midst of war, lovers find ways to make transactions of beauty.

Pillars of Light is a powerful and moving novel about the triumph of the human spirit against all the odds.

A Hard Book to Write

As a species we are hardwired for stories. It’s the way we’ve learned about the world around us ever since we sat around campfires in the mouths of caves, fending off the dark and the fear of the unknown it contained. We have taught our children morals through the medium of fairytale; we have passed stories down from generation to generation as an oral tradition, maintaining our cultures, our memories. Tales of heroes and villains, of bad things that happen to the unwary, of good things that happen to the deserving. We have enshrined stories at the heart of religions, sugaring the bitter pills they contain.

I was bewitched by the power of fiction from an early age. I taught myself to read at the age of 3 and from then on devoured all manner of inappropriate material spanning worlds I could not comprehend. It’s probably why my own fiction has ranged so far and wide, from talking animals and fantastical worlds to the grit and glory of our own human history. For in our past lies so much of the information about who we are now.

When I started writing Pillars of Light I was fired by the terrible injustices of war crimes of another age and country – the 12th century, the Third Crusade, the massacre at Acre, by the so-called good guys, led by the magnificently named Richard the Lionheart. He had featured as a hero in so many of the tales I had grown up on – Robin Hood, Ivanhoe, the tale of Blondel, of Bad King John. How could such a hero have slaughtered thousands of civilian hostages in cold blood? Sometimes we have to tell ourselves stories in order to make sense of them. 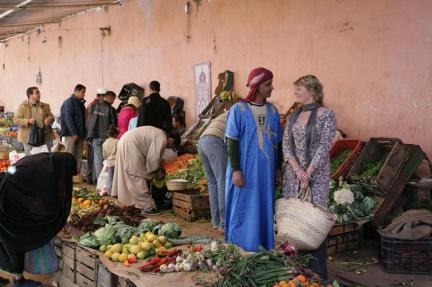 And as I delved deeper into the research and sank myself into the writing, the current Syrian war broke out, and suddenly I was writing about people in the throes of siege and famine at the same time as the people of Homs and Aleppo were suffering the same terrible privations. It was a hard book to write, and a harder one to publish.

Sometimes, people want to turn away from the stories that really matter, the ones that throw a harsh light on who we really are as a species. Because most of the time we tell stories to deflect the truth, to skip over the surface like a skimmed stone over a dark lake.

Jane Johnson is from Cornwall and has worked in the book industry for over 20 years, as a bookseller, publisher and writer. She is responsible for the publishing of many major authors, including George RR Martin.

In 2005 she was in Morocco researching the story of a distant family member who was abducted from a Cornish church in 1625 by Barbary pirates and sold into slavery in North Africa, when a near-fatal climbing incident caused her to rethink her future. She returned home, gave up her office job in London, and moved to Morocco. She married her own ‘Berber pirate’ and now they split their time between Cornwall and a village in the Anti-Atlas Mountains. She still works, remotely, as Fiction Publishing Director for HarperCollins.

7 thoughts on “A Hard Book to Write: A Guest Post by Jane Johnson, Author of Pillars of Light”