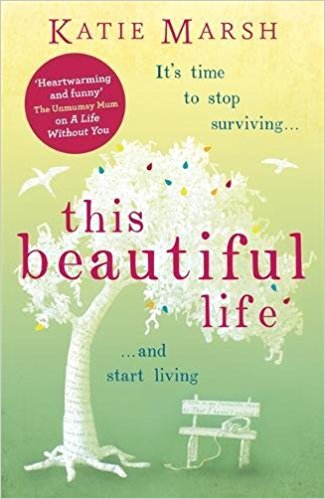 On Tuesday I was thrilled to attend a drinks party to celebrate This Beautiful Life by Katie Marsh. It was so exciting to meet the author of a book that has touched me so completely. I posted a review of This Beautiful Life on publication day yesterday and you can read that review here. I have also reviewed Katie’s other books My Everything here and A Life Without You here.

Today, as part of the launch celebrations of This Beautiful Life I have a brilliant guest post from Katie all about the music that had impacted on her life.

This Beautiful Life is published by Hodder and is available for purchase here. 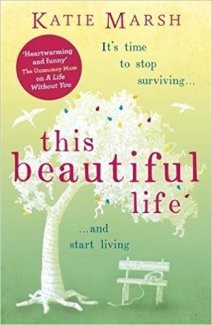 What happens when you get the second chance you never expected?

Abi is living her happy ending. She’s in remission and is ready to make the most of her second chance at life. But during Abi’s illness her family has fallen apart. Her husband John has made decisions that are about to come back to haunt him, while her teenage son Seb is battling with a secret of his own.

Set to the songs on Abi’s survival playlist, this is the story of what happens next as Abi tries to rebuild her family. Can she bring the people she loves most in the world back together again… before it’s too late?

Playlists of my life

It all started with the tape recorder.

It was silver, and weighed nearly as much as our dog, but it had a bright red ‘record’ button and that was it – I was off. I saved up my pocket money and bought a stack of Maxell C-60 cassette tapes, and from then on I was the mix tape queen of Somerset, in my head, anyway. No one was safe. I dragged that recorder around the house, taping my mum talking on the phone or the dog barking or me reading my diary (cringe) and ‘mixing’ these sounds with songs by ABBA and The Beatles and U2. Some of those tapes still survive now, and I laugh at my careful writing on the inserts – ‘Katie’s break-up tape (I hate him)’ or ‘Mum’s relaxing Sunday tape’ (I remember forcing her to sit there and listen as the ABBA she loathed blasted through the room).

Life was better when it was set to music and that has never changed – revising to Blur, gossiping to The Bangles, or the buzz as I pressed play and set off on a cross-Canada road trip with the Barenaked Ladies and my best friend. Smiles as the radio served up the perfect Beatles song on a summer evening. Group whooping as ‘Love Shack’ by the B-52s came on in a club.

I have always wanted to write about music. I dance to it, I drive to it, I swim to it and I sing badly in the shower to it – but I have always been terrified of trying to put it on the page. Then some close friends got cancer in their thirties, and one of them told me how much music had helped. How it had lifted them on the good days and consoled them on the bad. And so it was time – time to choose twelve songs to be the soundtrack of my novel This Beautiful Life. One year. One song per month. Songs that remind my main character Abi of the people she loves and the life that she doesn’t want to leave when she is diagnosed with cancer at thirty-six.

Abi is like me – she has playlists for every occasion. She charts her life in songs and melodies. Mine are pretty varied. There’s one named Wow, it’s too early, for 5.30am encounters with my chatty four year-old, when I can barely open my eyes and she is merrily bouncing on my head (starts with ‘Children’ by Robert Miles, ends with ‘Umbrella’ by Rihanna, with some Abba in between to keep the little one happy); or Gym – you know you want to, full of pumping tunes (thank you Katy Perry, Madonna and Kelly Clarkson), which I listen to all the way to the door and then turn up even louder as I remember I hate it in there and jog slowly home instead. Sunday Morning features Nittin Sawhney, James Bay and Nora Jones at their soulful best, while Road Trip includes a lot of treats from my teenage years, to help me rediscover that teenage sense of adventure, and the feeling that the world is at my feet (Blur, Oasis, The Kooks and – of course – Faith Hill’s ‘This Kiss’).

Nearly ten years ago I met a man who made me laugh and loved me no matter what, and I got to make a playlist imaginatively titled Wedding. Tracy Chapman sang me down the aisle and the BBC Cricket theme tune bounced the two of us back down again and Belinda Carlisle’s ‘Heaven is a place on earth’ proved the ultimate crowd pleaser as the entire guest list took to the floor to throw some of those shapes their kids will be embarrassed by in future years. And then two years after that I painstakingly made a Birth playlist (subtitle: Keep pushing, Marsh), full of soothing and empowering songs by Sara Bareilles and Joni Mitchell. I’m sure it would have really helped had my daughter not chosen to arrive at the speed of light, meaning she entered the world to the sound of swearing rather than the gorgeous notes of ‘Morning Morgantown.’

And then there are my writing playlists. After my first two novels were roundly rejected I nearly gave up, but first I put together a I’ll Show Them playlist, featuring uplifting songs from my favourite shows, like ‘Don’t Rain on my Parade’ or ‘Let’s Go Fly a Kite.’ And now I am a published author I start each book with a playlist, woven around the moments and emotions I want to include. If I’m writing a break-up scene I get Dido on and remember the day I split up with my first love at Thame train station with a bag of Quavers in my hand. If I’m writing about a child I put on Harry Belafonte’s ‘Jump in the Line’ and imagine my daughter bouncing on the bed, head thrown back as she laughs.

Writing is a solitary activity, but with music I am never alone. It connects me to a feeling or a moment or a memory – and to the hundreds of thousands of people who love a song as much as I do. Nothing is more powerful – nothing is more evocative and I am so happy that finally I have been able to express my love of music on the page in This Beautiful Life.

(What a wonderfully evocative post Katie. Thanks so much for being on Linda’s Book Bag today.) 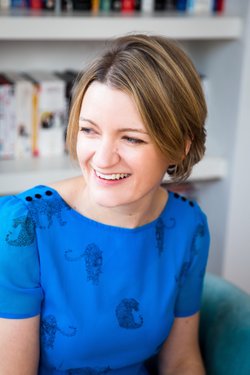 Katie lives in south-west London with her family. Before being published she worked in healthcare, and her novels are inspired by the bravery of the people she met in hospitals and clinics across the country. Her first novel My Everything (available here) was picked by the Evening Standard as one of the hottest summer debuts of 2015.

She loves strong coffee, the feel of a blank page and stealing her husband’s toast. When not writing, she spends her time in local parks trying and failing to keep up with her daughter’s scooter. 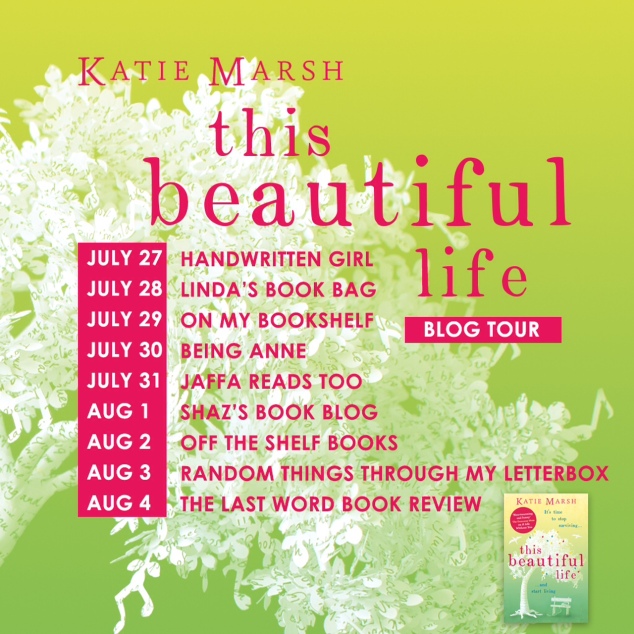 9 thoughts on “Playlists of my Life: A Guest Post by Katie Marsh, Author of This Beautiful Life”