I’m so pleased to be starting the launch celebrations for Secrets Of The Italian Gardener by Andrew Crofts.

Secrets Of The Italian Gardener was published by Red Door on 11th June 2017 and is available for purchase here.

Secrets of the Italian Gardener 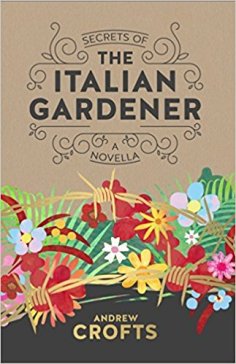 Mo, the wealthy dictator of a volatile Middle Eastern country, enlists a ghostwriter to tell his story to the world and enshrine him in history as a glorious ruler. Inside Mo’s besieged palace the ghost forms an unlikely friendship with a wise and seemingly innocent Italian gardener who slowly reveals that the regime isn’t all it appears to be. As a violent rebellion threatens all their lives the ghost struggles to cope with a personal secret too painful to bear.

Secrets Of The Italian Gardener takes the reader on a heart-pounding journey through the bloody downfall of a doomed tyrant in the company of a young couple struggling to cope with the greatest private tragedy imaginable.

My Review of Secrets Of The Italian Gardener

A ghost writer attempts to find time to speak with dictator Mo to gather materials for Mo’s ‘autobiography’, but not all the information will sit comfortably.

Secrets Of The Italian Gardener is such a clever and disturbing book. Metaphorical (or maybe more accurately, metaphysical) and philosophical, Andrew Crofts makes the reader question every underlying principle in their life. Just how would they behave in the same circumstances as the ghost writer? The terrible sense of unease this book creates is enhanced by the fact we do not get the ghost writer’s name, just a first person account, so that he could be any one of us. I think I would do exactly the same as he and his wife Caroline and this worries me. The ghost writer sells his soul to the devil, but his reasons are fully understandable. It is for this reason that I finished reading Secrets Of The Italian Gardener feeling completely disturbed.

Alongside the metaphorical elements, there is an exciting plot as the compound in which the Italian gardener, Lou, is working and where the majority of the book is set comes under increasing threat as the people in the street become violent and rebellious. I was reminded of every similar scene I’ve witnessed vicariously on television and again I felt uncomfortable as Andrew Croft made me complicit in the action just by reading the story.

The gardening theme was an aspect that Andrew Croft handled with consummate skill. Gardening is seen as a benevolent activity, but the things planted in the pristine gardens of Mo’s compound are not what we might expect and there’s so much more to Lou, the gardener, than meets the eye. This aspect of Secrets Of The Italian Gardener left me feeling shocked and not a little naive.

Other themes of personal grief, loyalty, marriage and love mean that there is lightness to balance the shade in the prose so that, although this is a relatively short novella, there is much to ponder and contemplate. I found Secrets Of The Italian Gardener totally mesmerising as it took me on a journey about human nature and made me question who is innocent and who is guilty. Ultimately, however, it left me feeling hope. There is the chance for nature to heal. 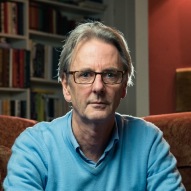 Andrew Crofts is a ghostwriter and author who has published more than eighty books, a dozen of which were Sunday Times number one bestsellers. He has also guided a number of international clients successfully through the minefield of independent publishing.

Andrew’s name first became known amongst publishers for the stories he brought them by the otherwise disenfranchised. Travelling all over the world he worked with victims of enforced marriages in North Africa and the Middle East, sex workers in the Far East, orphans in war-torn areas like Croatia and dictatorships like Romania, victims of crimes and abused children everywhere. He also worked with members of the criminal fraternity.

As well as using traditional publishers to reach readers he has also experimented with e-books, publishing, Secrets of the Italian Gardener, a novella which draws on his experience amongst the powerful and wealthy, and The Fabulous Dreams of Maggie de Beer, (a prequel to his traditionally published The Overnight Fame of Steffi McBride, now filmed and appearing in episodes on YouTube’s This is Drama channel).

His books on writing include Ghostwriting, (A&C Black) and The Freelance Writer’s Handbook, (Piatkus), which has been reprinted eight times over twenty years.

6 thoughts on “Secrets of the Italian Gardener by Andrew Crofts”