As a member of the #Legend100 bloggers with Legend Press I get to read some brilliant books and I’m thrilled to be part of the launch celebrations for The Lies Within by Jane Isaac.

I was lucky enough to meet up with Jane at my local Literary Festival that you can read about here, and I have previously reviewed another of Jane’s books, Beneath the Ashes, here.

The Lies Within was published by Legend Press on 2nd May 2017 and is available for purchase in e-book and paperback here.

Be under no illusions by her kind face and eloquent manner… This woman is guilty of murder.

Grace Daniels is distraught after her daughter’s body is found in a Leicestershire country lane. With her family falling apart and the investigation going nowhere, Grace’s only solace is the re-emergence of Faye, an old friend who seems to understand her loss.

DI Will Jackman delves into the case, until a family tragedy and a figure from his past threaten to derail him.

When the police discover another victim, the spotlight falls on Grace. Can Jackman find the killer, before she is convicted of a crime she didn’t commit?

My Review of The Lies Within

Grace is in the dock accused of a murder she didn’t commit. Events leading to that moment reveal layer upon layer of the lies within!

Although The Lies Within is the third in the DI Will Jackman series, it makes no difference whether you have previously read the other books Before It’s Too Late and Beneath the Ashes as The Lies Within is a cracking crime thriller that stands alone perfectly well.

Although it was good to return to Will Jackman, he is not the main focus of The Lies Within and it is Grace who takes centre stage. Her grief at losing her murdered daughter Jo is brilliantly conveyed so that the levels of despair, the ease with which others can manipulate her life and her final decisions are all completely realistic and believable. That said, Will Jackman is not forgotten and we find out more about his personal and professional life so that now I can’t wait to read the next book with him in it. Indeed, I believed wholeheartedly in all the characters (and I did have a wry smile at the description of the judge as I have a friend who is a judge in Peterborough).

Faye is a fabulous creation. As Faye takes over more of the story Jane Isaac manages to convey real tension so that I felt physically uncomfortable reading about her. The only character about whom I would have liked to know more was the murder victim, Jo, but I think this may be a deliberate aspect of the novel as we are reminded that she was a very private person with her own demons from the past.

I loved the settings in The Lies Within as they are very familiar to me, although not the prison in Peterborough! I felt the settings had a real part to play in the story as I could quite easily envisage the events taking place in these particular locations which I thought were eloquently described. It is quite clear from The Lies Within that any small town area could be harbouring devastating criminals and this added to the tension in the narrative for me. It made me wonder just what does go on behind closed doors in provincial places.

The plot is a corker. I felt it had an almost classic Hitchcock element to it as small, yet sinister, things happen that deepen the tension and made me want to read on. I did guess some of the elements but that made the tension worse for me as I wanted to warn characters and obviously couldn’t. I found myself talking to them as if they could hear once or twice.

I read a lot of crime fiction and I thought Jane Isaac hit just the right note with The Lies Within. I cared about the characters, the plot kept me guessing and I really feel this is her best novel to date. I really recommend it. 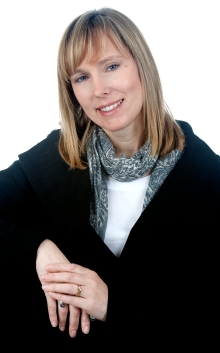 Jane Isaac lives with her husband and daughter in rural Northamptonshire, UK where she can often be found trudging over the fields with her Labrador, Bollo. Her first novel, An Unfamiliar Murder, available here, was nominated as best mystery in the ‘eFestival of Words Best of the Independent eBook awards 2013.’ The sequel, The Truth Will Out, available here, was selected as a ‘Thriller of the Month –April 2014’ by E-Thriller.com. Before It’s Too Late, available here, was published by Legend Press on 1st June 2015.

Jane was runner up ‘Writers Bureau Writer of the Year 2013’ and her short stories have appeared in several anthologies. When she is not writing, Jane loves to travel and spend time with her family. She believes life should be an adventure.

You can find out more with these other bloggers too:

5 thoughts on “The Lies Within by Jane Isaac”