I have to begin this blog post with an apology to Jennie Ensor. I was supposed to be part of the launch celebrations of Blind Side which was published by Unbound on 22nd July 2016, but personal circumstances meant my life was turned upside down and I wasn’t able to take part. However, Jennie has agreed to tell me a couple of things about life since Blind Side was published and is sharing them with me today.

Blind Side is available in e-book from Amazon UK and Amazon US.

Can you ever truly know someone? And what if you suspect the unthinkable?

London, five months before 7/7. Georgie, a young woman wary of relationships after previous heartbreak, gives in and agrees to sleep with close friend Julian. She’s shocked when Julian reveals he’s loved her for a long time.

But Georgie can’t resist her attraction to Nikolai, a Russian former soldier she meets in a pub. While Julian struggles to deal with her rejection, Georgie realises how deeply war-time incidents in Chechnya have affected Nikolai. She begins to suspect that the Russian is hiding something terrible from her.

Then London is attacked…

Blind Side explores love and friendship, guilt and betrayal, secrets and obsession. An explosive, debate-provoking thriller that confronts urgent issues of our times and contemplates some of our deepest fears.

Three Stars and a Wish

I can tell people I’m an author, such as my husband when he asks how much longer am I going to be stuck upstairs in my office. While I’ve not yet received any royalties and I may never make living from my writing, soon I’ll be earning enough to buy authentic HP ink cartridges J (I’m looking forward to claiming writing-related expenses on my tax return.) Also I can nip onto Amazon at any time and see my book listed there. Which may sound OTT, but after over a decade of writing novels and wondering when and how my first book would be published, this is a big deal to me!

(Linda:I can fully understand that Jennie)

I was over the moon that the early reviewers on the Blind Side blog tour had such good things to say about my book. It has also been great to have other people say they enjoyed this or that about the book, or that suspense was such that they had to finish the book in a day. That said, I know that Blind Side (a thriller infused with psychological suspense along with romance, sex, war, terrorism and a dash of politics) can’t possibly please everyone. I will have to learn to deal some bad reviews along with the good ones.

(Linda: The trouble with writers is that they tend to forget all the good reviews and beat themselves up about the odd poorer one!)

No more rewriting of Blind Side!

This novel has been a long time in the making. I started it at around the end of 2004 and returned to work on it several times since Unbound accepted it for publication last year. I’ve lost count of how many times it’s been revised over the years (removing a work sub-plot, altering the ending and so on). On top of that I made substantial changes during the developmental edit. Some of these were quite tricky to do, such as moving parts of the plot forwards to quicken the early pace and adding to the terrorism-related aspects of the plot. Though I have to say, I loved writing some extra chapters in the voice of my character Julian. He’s got a rather unwholesome side to him to say the least, and to give vent to it was weirdly satisfying.

One thing I wish had been different:

With hindsight I might have asked for the book to come out a few months later than it did (23 July 2016) so I could have been more prepared. Just before publication everything seemed to be happening at once and there was a fair bit that I had learn on the hoof (blog tours, for example). Also it might have helped to get going earlier on things like Goodreads and Twitter. Goodreads is scarily huge and takes time to explore. Re Twitter, I don’t really know what I’m doing much of the time – and cutting characters from the perfect but slightly long Tweet is so frustrating.

On the other hand, The Big Thing that was looming for ages is out of the way. Now at last I can relax and enjoy the rest of summer!

(Linda: And I hope it’s a happy and successful one for you Jennie!) 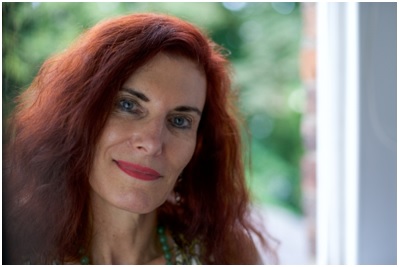 Jennie is a Londoner descended from a long line of Irish folk. For much of her life she’s been a wandering soul, but these days she lives with her husband and their cuddle-loving, sofa-hogging terrier. As well as from reading and writing novels, she loves poetry. Her poems, published under another name, tend to inhabit the darker, sometimes surreal side of life.

While on an extended trip to Australia, Jennie studied journalism and worked as a freelance print journalist, covering topics from forced marriages to the fate of Aboriginal Australians living on land contaminated by the British nuclear tests.

When not chasing the dog, lazing in the garden with a book or dreaming about setting off on a long train journey with a Kindleful of books, Ms E can be found writing or doing Writing Related Stuff. WRS can include singing and playing the piano (vital for de-stress) and watching TV spy/crime/costume dramas (research). Soon she will be hard at work getting her second novel ready for publication, a dark and unsettling novel of psychological suspense.

You can find out more about Jennie on her website and blog, by finding her on Facebook  and following her on Twitter and by using #blindsidebook.

4 thoughts on “A Guest Post from Jennie Ensor, author of Blind Side”