As well as reviewing ‘Someone Else’s Conflict’, I am delighted that Alison Layland has agreed to answer the questions I had as a result of my reading.

Vinko is a refugee whose past life still overshadows his present. Jay is a story-telling busker with a secret that, almost literally, haunts him. Marilyn is picking up the pieces of her life – both metaphorically after the breakdown of her relationship and physically after a damaging storm. Little do they realise how their paths will interweave.

It is impossible to categorise ‘Someone Else’s Conflict’ into a genre. It is part love story, part allegory, part thriller and part mystery. It has layers of political history. These aspects combine wonderfully into a brilliant read. I absolutely loved the book. There are themes about refugees, about political turbulance, about identity and truth. This might sound rather fragmented,  but not a bit of it. ‘Someone Else’s Conflict’ is, ultimately, about humanity and I can’t praise it highly enough.

Although mainly written in the past tense, the narrative opens and closes in the present tense which lends an immediacy to the writing. I found my pulse quickening as each word was added to the prologue and I was hooked straight away.

One of the elements that makes ‘Someone Else’s Conflict’ so successful is the effortless way in which what ought to be disparate genres are woven into an exciting and believable story. Alison Layland uses the senses so effectively that I felt as if I were watching a film rather than reading a book. I know a book is good when I find myself thinking about the plot and characters when I’m not actually reading it as I did here.

I thought of Jay as a kind of Everyman character and found the way his perceived guilt is shown as almost a physical manifestation a really clever way of suggestion PTSD. The magic of ‘Someone Else’s Conflict’ is Alison Layland’s subtlety in conveying some strong feelings and historical details so that the reader understands where the characters have come from almost intuitively. I became involved with the characters as soon as they were introduced and cared about the outcomes for them. Indeed, I would like a follow up story as I am reluctant to leave them behind.

I think readers who like accurate, well researched and brilliantly written love stories and thrillers will adore ‘Someone Else’s Conflict’ as much as I did. I can’t recommend it highly enough.

Alison answers my questions about ‘Someone Else’s Conflict’ 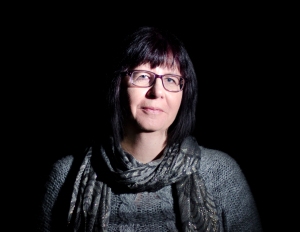 What made you decide to base your story around those who had been involved in the conflict in Croatia?

When I started writing the novel I had a growing interest in Croatia and the Balkans, initially triggered by a book I’d been translating and deepened by further reading and travel. As I found out more about the conflicts following the break-up of Yugoslavia I felt that the focus of our awareness in the UK, at the time and subsequently, was on the Bosnian conflict that flared up later, and I wanted to find out more about what happened in Croatia from 1991. I think I’m like most people in that I remembered the horrors of the siege of Dubrovnik, but knew little about the rest.

You’ve been teaching yourself Croatian whilst writing ‘Someone Else’s Conflict’. How important was this to you in making the novel authentic?

At first I was quite nervous about setting my novel against such a controversial background and I wanted to do all I could to get a feel for the region and culture. As a linguist, in addition to reading and travel, another way I could do this was to start learning the language, which became a pleasure in itself. It was particularly useful in the novel for portraying Vinko, a recent immigrant to the UK who still has difficulty speaking English – I could use the problems I was having, and mistakes I would make in his language, to give an insight into his English.

How did you gather the information that gives such depth to your novel? Did you visit Croatia, interview refugees or use some other method?

I read widely over a long period of time – both factual books about the country and, specifically, the conflict, as well as travel writing and a lot of fiction set in the region and the times, and wider Balkan literature in translation. With my family, I have travelled widely around Croatia, Bosnia and the rest of the Balkans, getting well off the beaten track. I did talk to people there, but it can be a difficult subject to raise on a casual visit (especially with my very limited knowledge of the language), so most of my insight was from more indirect sources. I’m also inspired in my writing by music and really enjoyed discovering Croatian artists such as Darko Rundek, some of whose songs are about the conflict. While working on the novel, I had a serendipitous assignment to translate, from German, the subtitles of videos by a Swiss Bosnian photographer who returned to his homeland and interviewed people about their experiences of the war and its aftermath, which gave me some very poignant insights.

Whilst the majority is in the past tense, the novel both begins and ends in the present tense which I felt gave it an immediacy. What made you decide to structure it that way?

I wanted to differentiate and contrast the scenes from the past. The first and last scenes are different from, but related to, the flashbacks throughout the novel. I’m glad the sense of immediacy works; I also chose the present tense for these scenes as I felt the contrast with the narrative past gives it a slightly distancing, disorienting feel appropriate both to the events themselves and the way that these scenes are experienced through Jay’s eyes.

Many of your characters are trying to escape the past. To what extent do you believe that running away is a fundamental part of the human condition?

I think it’s natural to want to bury events in our lives that we regret or which affected us deeply – to run away. Sometimes it works, but guilt is a very powerful emotion and usually there comes a point when people have to face it. I’m also fascinated by the way we’re shaped by our past, both personal and collective. I’m not only referring to Jay’s wartime experiences, but the way Marilyn’s recent past colours the way she reacts to him, and Vinko’s past has made him the person he is, and in a way exonerates some of his actions.

I thought Jay was reminiscent of a kind of Everyman. What was your intention in developing his character?

I like that idea! I always saw him as quite an ordinary person – at least in terms of courage and moral responsibility – shaped by extraordinary experiences. However, he’s not entirely ordinary, as he has a talent for storytelling and charismatic performance, which was where his character began for me. I was interested in the idea of using stories as a veil over the past, a way of coming to terms without facing up to things entirely. I also wanted to explore the point of view of someone who has experienced traumatic events and inflicted harm on others, but neither as a victim or unwilling participant, nor as a psychotic villain. What does it feel like to choose your role, to embrace it, but then realise you’ve chosen wrongly?

Although the novel is resolved, there is potential for a follow up. Will we see more of Jay in the future (please!)?

I’m tempted – I do have plenty of ideas for my characters’ futures, which I may return to before long. Although completely different, the novel I’m writing at the moment has a slight background link to Jay, and although it’s not material to the story it’s nice to maintain a connection!

Allegory and storytelling are central features of ‘Someone Else’s Conflict’. Have you always been interested in the ways humans construct their own realities, memories and identities through stories and how difficult was it to write them in this novel?

I believe stories are incredibly important to the human experience, as entertainment and escapism – which we all need – but more significantly as a way of understanding and explaining the world around us, recording history and empathising with people beyond our own direct experience. I’ve told myself stories for as long as I can remember and over the years have developed a passionate interest in oral storytelling – though mostly as a listener rather than a teller. From the start I wanted to include stories that Jay tells, as a natural part of his character – both as a storyteller and as someone who is trying to escape his past but can’t help being drawn to the things that haunt him. Like he does in the novel, I made the stories up, and had great fun doing so, but I’ve been told by readers – including a friend who’s a professional storyteller – that they have an East European atmosphere, which is really gratifying as it tells me I’ve got the “feel” right.

In a way, Jay almost suffers his perceived guilt as a physical manifestation. It made me think of those who suffer PTSD. Did you research PTSD in preparation for writing ‘Someone Else’s Conflict’ and why (without revealing too much of the plot) did you make the boy so real?

From the start, I envisaged the boy – who is central to Jay’s most traumatic event and turning point during the war – as a kind of physical manifestation of his conscience, and my research confirmed that this was plausible since vivid hallucinations can be a symptom of PTSD. For someone who has lived as a loner in self-imposed exile for years, the boy is also like a malevolent imaginary friend, a part of the past that he wants to, but can’t, leave behind.

For those who haven’t read ‘Someone Else’s Conflict’ (and they should immediately as it is brilliant) what would you like to say to them about the book?

Thank you! It’s been a difficult novel to categorise (personally, I don’t like categorising anything, but it has to be done for publication!) and several people have said they “don’t usually read crime novels or thrillers” but really enjoyed this. So if that sounds like you, please don’t be put off by the label – while I certainly intended the novel as an exciting, gripping read, I began writing it as essentially a love story, exploring issues of trust and friendship, and that’s what it remains at heart.

I’d like to thank Alison  for taking the time to provide such fascinating answers.

Other buying links (apart from Amazon UK and Amazon US):

One thought on “Someone Else’s Conflict by Alison Layland”