One of the pleasures of blogging is being acknowledged by authors. Consequently, I simply had to invite thriller writer Gordon Bickerstaff onto Linda’s Book Bag today to tell me about one of his book because, as well as hearing readers rave about Gordon’s books, Gordon is an author who promotes and supports bloggers. I wanted to return the favour. Luckily he agreed to stay in with me!

Staying in with Gordon Bickerstaff

Welcome to Linda’s Book Bag, Gordon and thank you for agreeing to stay in with me. Tell me, which of your books have you brought along to share this evening and why have you chosen it?

I’ve brought along the third book in my series of standalone thrillers from the Lambeth Group series, The Black Fox. I am particularly pleased with this one because I loved writing it, and I am especially proud because it won several awards.

Congratulations on your success with The Black Fox Gordon. I’ve read rave reviews of your books so I’m not surprised to hear they are award winning. So, tell us a bit about the The Black Fox.

The idea for the book came to me when I was a fresher student at Heriot-Watt University in the early 1970s. Excitedly, I went along to a seminar to see the Loch Ness Monster. It was a talk given by Tim Dinsdale, and sure enough he showed us a picture of the Loch Ness Monster. Well, sort of; it was a picture of a fin. He also showed convincing sonar evidence taken by a top-notch research team from the USA as evidence.

Oh. I wouldn’t have expected that. I bet that made you think!

Now, everyone in Scotland knows that the Monster is a tourist attraction for the Scottish Highlands. So, I began to wonder what the Americans were doing in Loch Ness with sophisticated strobe-light cameras and state-of-the-art sonar equipment.

I’ve brought along the famous picture of the Tim Dinsdale’s Loch Ness Monster, or rather a fin, which he said at the time measured six feet in width. Reportedly taken deep in the bowels of Loch Ness by the American team using a motion-activated strobe-light camera.

I think that looks quite creepy Gordon.

Then, by chance, I read about the bizarre unexplained mystery surrounding Rudolph Hess. On May 10th, 1941, Rudolph Hess, the Nazi Deputy Leader, flew a Messerschmitt to central Scotland on a secret mission. He had maps of Inverness. He ran out of fuel because of zigzag manoeuvres to evade detection, parachuted out, and a farmer captured him. The British could have made great propaganda from the capture but instead, kept him in strict isolation.

After the war, he was convicted of conspiracy, and sentenced to life in Spandau Prison. His secret mission remained undiscovered, so in a bizarre situation, the four Allied powers managed his imprisonment in rotation: France, Britain, the US, and the Soviets. Then at the ripe old age of 94, and very feeble. He hanged himself. The USA was guarding him when he died. So, I pondered over these mysteries, which link America to Rudolph Hess to Scotland and Loch Ness. I stirred in a healthy dose of fiction, and a great story came out of the pot.

Wow. That sounds brilliant. I love fiction founded in fact. I must get round to reading The Black Fox. As well as gthe Loch Ness still, what else have you brought along?

I’ve brought along a picture of Urquhart Castle beside Loch Ness. The final climactic scene is set here. 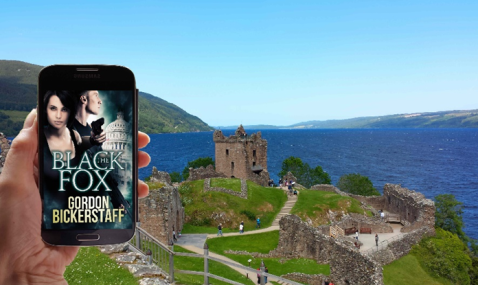 If the book is as dramatic as the landscape, readers are in for a treat. I know The Black Fox is part of a series. Can it be read independently of the other books?

The Black Fox is the third in the Lambeth Group series. These thrillers are standalone stories that can be ready in any order, but if read in order, development of the main characters builds through the series.

That’s good to know. How would you define the series?

I’m asked from time to time if the stories are crime thrillers. They are not police procedural or detective stories. The Lambeth Group is a secret government department, which brings academics and special forces operatives together to work undercover on specialist criminal and conspiracy investigations deemed too secret and too dangerous for the public judiciary system.

The series take inspiration from the 1970s TV series ‘Doomwatch’. A secret government department, which deploys scientists along with intelligence operatives to investigate, neutralise, and protect the national infrastructure of the UK. 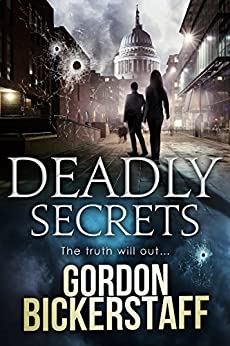 The principal characters are special forces-trained, Zoe Tampsin and university academic, Gavin Shawlens. One Amazon reviewer described the series as Mission Impossible meets James Bond with Zoe as Ethan Hunt and Gavin as Benji Dunn. All the books except the first (Deadly Secrets), feature Zoe as a smart and capable undercover intelligence operative who uses brains and cunning to overcome her adversaries.

I think The Black Fox – and, indeed, the entire Lambeth Group Series – sounds thrilling. Thanks so much for staying in with me to chat about it Gordon. 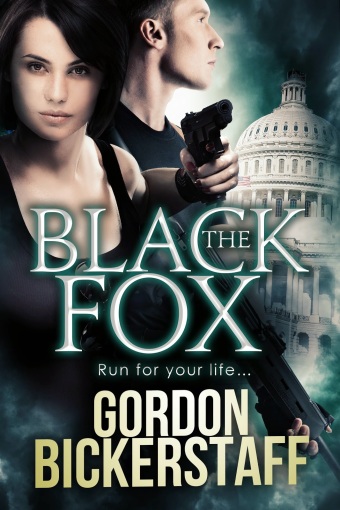 Zoe Tampsin is resourceful, smart and special forces-trained, but she has been given an impossible mission. She must protect scientist, Gavin Shawlens, from assassination by the CIA, and discover the secret trapped in Gavin’s mind that the CIA want destroyed.

As the pressure to find Shawlens escalates – the CIA send Zoe’s former mentor to track her down and her fate seems sealed when he surrounds Zoe and Gavin with a ring of steel. With each hour that passes, the ring is tightened, and the window for discovering Gavin’s secret will shut. Zoe is faced with a decision that goes against all of her survival instincts. If she is wrong -they both die. If she is right – she will discover the secret and become the next target for assassination. Run for your life…

The Black Fox is available for purchase here. 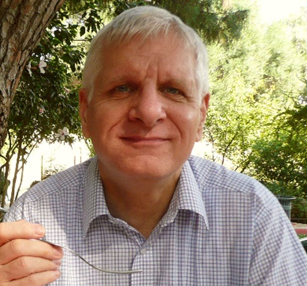 Gordon Bickerstaff hails from Glasgow. He taught biochemistry at several Scottish universities, and undertook laboratory research on enzymes. After thirty years of university teaching and research, including 25 years as an Open University tutor, he retired his academic pen, and picked up a fiction pen.

Gordon lives with my wife in central Scotland where corrupt academics, mystery, murder, and intrigue exists mostly in my mind. He enjoys reading, writing, walking in the hills, 60s & 70s music, and travel.

8 thoughts on “Staying in with Gordon Bickerstaff”