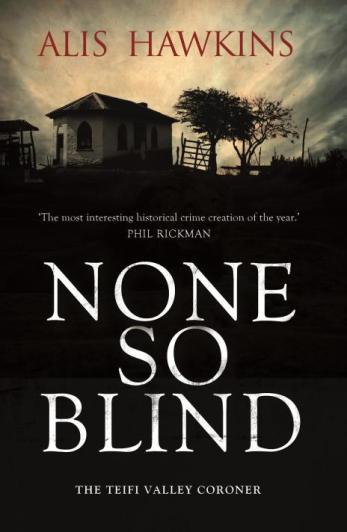 I’m so grateful to Emily Glenister at The Dome Press for inviting me to be part of the launch celebrations for None So Blind by Alis Hawkins and for sending me a copy of the book for review as it looks EXACTLY my kind of read. I had hoped I’d be able to share my review today but sadly life got in the way of my reading but at least I still have the book to look forward to. I am thrilled, however, to be staying in with Alis Hawkins to chat all about None So Blind.

Staying in with Alis Hawkins

Thanks so much for having me, Linda!

I have a sneaky feeling we already know the answer to this question, but which of your books have you brought along to share with me and why have you chosen it? 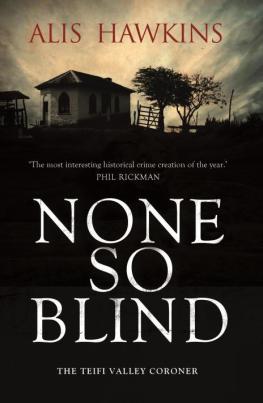 I’ve brought along None So Blind, the first in my new historical crime series, the Teifi Valley Coroner. I’ve brought None So Blind, partly because it’s launching me as a crime author but also because it’s a book I’ve been waiting to write for a long time. Previously, I wrote medieval mystery novels set in the South of England but I’m from Cardiganshire and I’d always wanted to write a book set during a very exciting period of the county’s history. Now, with None So Blind, I’ve finally done it.

(How exciting to have a new series. I’m desperate to read None So Blind.)

What can we expect from an evening in with None So Blind?

You can look forward to an immersive murder mystery in the company of two very different young men – Harry Probert-Lloyd, barrister son of the local squire, who ran away to London seven years before the action starts and has now been driven home by encroaching blindness; and John Davies, orphan son of poor tenant farmers who’s pulled himself up by his bootstraps and is now a solicitor’s clerk with ambitions. John becomes Harry’s sidekick in an investigation into a murder in which Harry is personally involved.

But there’s a lot more to None So Blind than a murder mystery. The other treat that people can expect from an evening in with this book is an introduction both to a part of Wales most people have never had the pleasure of getting to know and to a series of unique historical events – the Rebecca Riots.

(Ah! My husband is Welsh, studied the Rebecca Riots at school and is champing at the bit to read None So Blind but I won’t let him until I’ve read it first!)

The riots form the backdrop to Harry’s investigation into the murder of Margaret Jones who disappeared in the spring of 1842 when the riots were at their height. Following the discovery of her remains, in the teeth of almost universal opposition, Harry insists on an inquest. But, in an apparent attempt to stifle any further investigation, the inquest jury returns an anomalous verdict. Everybody assumes that that is the end of the matter, but Harry is not going to let things lie. For reasons which become clear as the book progresses, he feels partly responsible for Margaret’s death; he is determined to find out why she died and what part the riots played in her murder.

When I’m talking to people about the book, as soon as I mention the riots, they always ask the same thing. ‘And Rebecca? Who was she?’

In the book, Harry’s friend, Gus, asks the same thing and, though Harry gives him an answer, at a deeper level the question remains ‘live’ throughout the book. During the Rebecca Riots, when men rode out after dark, dressed in women’s clothing, their faces blacked, to destroy tollgates, many different individuals took the role of ‘Rebecca’. And, to begin with, they rode at the head of bands of men who felt they were simply standing up for themselves and seeking the justice which an inequitable system had denied them.

But, to quote Harry, ‘as anybody who has lived through a period of insurrection knows, once people unaccustomed to power have felt its potency, they are apt to begin wielding it indiscriminately…’ and it is that indiscriminate wielding of power that, Harry and John suspect, resulted in Margaret Jones’s death.

We watch as the two young men risk public ridicule, their reputation and, possibly, their lives, to uncover the truth. But readers of None So Blind are always one step ahead of either John or Harry as they are privy to the thoughts – and, crucially, the memories – of both young men. Because both of them know more than they are prepared to tell each other about the events of spring 1842.

(None So Blind sounds so intriguing. No wonder you wanted to write this narrative Alis.) 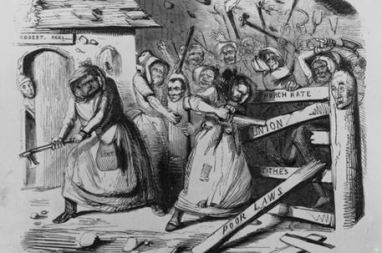 The first thing I’ve brought along is an iconic contemporary cartoon from Punch magazine. The Rebecca rioters probably looked nothing like this but it captures something of the ferocity of their actions as well as illustrating some of the social and political factors that led to the riots.

I’m not entirely sure whose heads are represented on the gateposts, but the name Robert Peel over the gatehouse door refers to the then prime minister while the head on the right looks a lot like the leader of the opposition, Lord Melbourne.

(Maybe blog readers can tell us!) 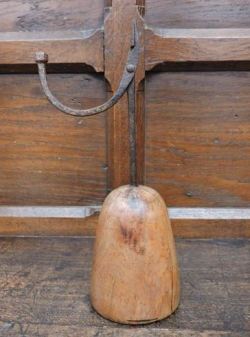 The second thing I’ve brought along is something whose use is described in the book. I’d like readers of Linda’s Book Bag to see if they can guess what it is. Gus Gelyot was clueless, but Harry knew very well because Margaret Jones had owned one. Just in case the scale isn’t clear, its height is somewhere between 20 and 30 cm.

(Not really – looks like something I could hang necklaces on or a door stop to me!)

It’s a rushlight holder. Rushlights and they way they’re made feature in None So Blind and they’re a very powerful symbol of the poverty people in West Wales experienced at the time.

(I’d never have come up with that Alis.)

And the last thing I’d like to share with the readers of Linda’s Book Bag is a website which is very important to me. It’s the website of Crime Cymru – the Welsh crime writing collective which I and other crime writers with connections to Wales set up in 2017. Most crime readers are familiar with ‘Tartan Noir’ as the Scottish crime fiction scene is known, but there’s so much wonderful, vibrant crime writing coming from Wales that is relatively unknown, as yet, and we are determined to change that.

If you’re a crime fiction lover, do pop over to http://crime.cymru/ and have a look – I guarantee that you won’t be disappointed.

Alis, thank you so much for staying in with me to tell us all about None So Blind. I’m totally intrigued by the whole concept of the book and am off to bump it up my TBR right now. Congratulations and good luck!

Thanks so much, Linda, for having me on Linda’s Book Bag – it’s been such a pleasure! 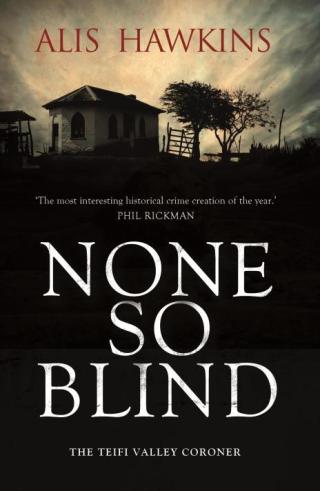 When an old tree root is dug up, the remains of a young woman are found. Harry Probert-Lloyd, a young barrister forced home from London by encroaching blindness, has been dreading this discovery.

He knows exactly whose bones they are.

Working with his clerk, John Davies, Harry is determined to expose the guilty, but the investigation turns up more questions than answers.

The search for the truth will prove costly. Will Harry and John be the ones to pay the highest price?

None So Blind is available for purchase here and directly from The Dome Press. 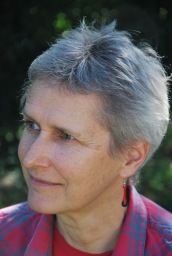 Alis Hawkins grew up on a dairy farm in Cardiganshire. She left to read English at Oxford and has done various things with her life, including bringing up two amazing sons, selling burgers, working with homeless people and helping families to understand their autistic children. And writing, always. Radio plays (unloved by anybody but her), nonfiction (autism related), plays (commissioned by heritage projects) and of course, novels.

Her current historical crime series featuring blind investigator Harry Probert-Lloyd and his chippy assistant John Davies, is set in her childhood home, the Teifi Valley. As a side effect, instead of making research trips to sunny climes, like some of her writer friends, she just drives up the M4 to see her folks. 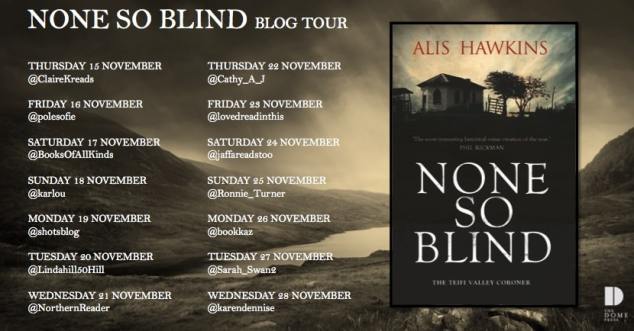 7 thoughts on “Discussing None So Blind with Alis Hawkins”