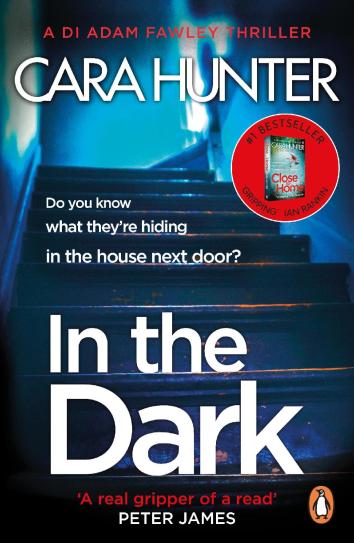 Earlier this year I was so lucky to host a guest post from Cara Hunter all about Positive Social Media to celebrate the publication of Close to Home. You can read that post here.

I’m thrilled to be part of the launch celebrations for Cara’s latest book, In the Dark and I’m sharing my review. I cannot thank Jane Gentle at Penguin enough for inviting me to be part of this tour and I’m honoured to be closing it today.

Published by Penguin, In the Dark is available for purchase through the links here. 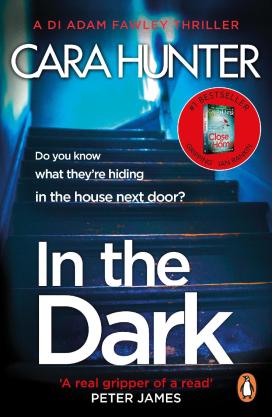 A woman and child are found locked in a basement room, barely alive.

No one knows who they are – the woman can’t speak, and there are no missing persons reports that match their profile. The elderly man who owns the house claims he has never seen them before.

The inhabitants of the quiet Oxford street are in shock. How could this happen right under their noses? But DI Adam Fawley knows that nothing is impossible.

My Review of In The Dark

When a young woman and a boy are found in a cellar, finding out who they are will not be easy.

Well my goodness. What a book. I was left reeling by Cara Hunters’ In The Dark. It is a magnificent read. Not only are the two captives literally in the dark at the start, but the police, other characters and the reader are all metaphorically in the dark too as this story writhes along.

Cara Hunter writes with fabulous skill. In the Dark is an absolute triumph of plotting with a stunning structure so that the reader has access to part pictures the police don’t necessarily have. So much information is presented through different means in diaries, bulletins, newspaper reports and so on, that this is a stunningly fresh and totally riveting read. I simply didn’t know what would happen next and every bit of the action was utterly convincing. I had to stop reading every so often to process the intimation I had received and reassess my theories so that reading In the Dark was like being on the investigative team itself rather than being a passive observer, giving an extra dimension of interest to an already captivating read.

Alongside the exciting and pacy story is such wonderful depth too. I haven’t read the first in the DI Adam Fawley series yet but I loved the subtle way Cara Hunter humanises the police so that we see who they really are as people and how they are affected by the crimes they have no choice but to investigate. I found this a very emotional and touching surprise. There are no stereotypical hard boiled detectives here, but rather real people I now care about deeply so that I have to go back and read Close to Home now too.

I also thought the way Oxford was presented as a backdrop to the action was intelligent and skilfully handled. The writing is nuanced and perfectly balanced. There’s a real sense of place but without it ever feeling contrived or not integral to the narrative.

It’s very difficult to review In the Dark without giving too much away and spoiling the experience for other readers. What I will say is that I have read some absolutely fantastic crime thrillers but In the Dark ranks among the very best. I thought it was utterly outstanding and completely magnificent and Cara Hunter is a genius.

Cara Hunter is the pen-name of an established novelist who lives in Oxford, in a street not unlike those featured in her series of crime books, who is starting a new life of crime in a series of Oxford-based books to be published by Viking/Penguin.

She also studied for a degree and PhD in English literature at Oxford University.

Close to Home was her debut featuring DI Adam Fawley, and her second, In the Dark, is out now. 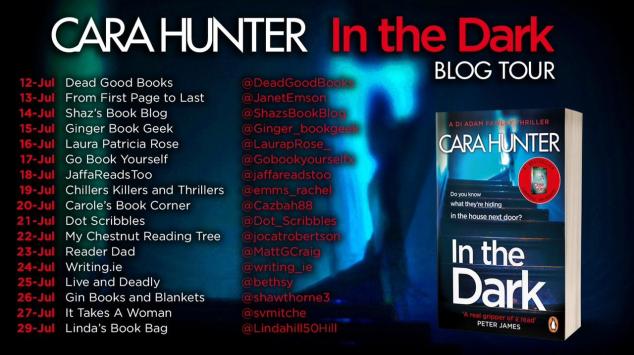 12 thoughts on “In the Dark by Cara Hunter”