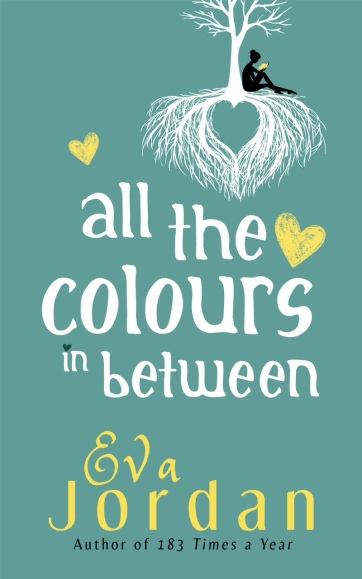 Eva has appeared on the blog before (here) with a smashing post about female friendships and today I asked her to tell me her thoughts about older protagonists.

Published by Urbane on 19th October 2017, All The Colours In Between is available for purchase here and directly from the publisher.

All The Colours In Between

Lizzie is fast approaching 50. Her once angst ridden teenage daughters, now grown and in their twenties, have flown the nest, Cassie to London and Maisy to Australia. And, although Connor, Lizzie’s sulky, surly teenage son, is now on his own tormented passage to adulthood, his quest to get there, for the most part, is a far quieter journey than that of his sisters. The hard years, Lizzie believes, are behind her. Only, things are never quite as black and white as they seem… A visit to her daughter in London leaves Lizzie troubled. And that is just the start. Add to that an unexpected visitor, a disturbing phone call, a son acting suspiciously, a run in with her ex husband plus a new man in her life who quite simply takes her breath away; Lizzie quickly realises life is something that happens while plans are being made. Gritty but tender, thought provoking but light-hearted, dark but brilliantly funny, this is a story of contemporary family life in all its 21st century glory. A story of mothers and sons, of fathers and daughters, of brothers and sisters, and friends. A tale of love and loss, of friendships and betrayals, and coming of age. Nobody said it would be easy and as Lizzie knows only too well, life is never straightforward when you see all the colours in between.

Why We Need ‘Older’ Protagonists

Firstly, I’d like to thank the lovely Linda for offering to take part in the blog tour for my second novel, All The Colours In Between. Referring to Lizzie, one of the main characters in my novel, Linda invited me to write a guest post questioning why we need ‘older’ protagonists.

I didn’t consciously make one of my main protagonists an ‘older’ woman, nor do I think I considered a particular market or age group when I wrote my second novel. Lizzie, like the novel, just evolved, and now, with the passing of time, is naturally older than when we were first introduced to her back in my debut novel, 183 Times A Year. Mid 40’s, Lizzie the librarian was then the exasperated mother of Cassie, Connor and stepdaughter Maisy.

Fast-forward 5 years and All The Colours In Between sees Lizzie fast approaching 50. Her once angst ridden teenage daughters, now grown and in their twenties, have flown the nest, Cassie to London and Maisy to Australia. And, although Connor, Lizzie’s sulky, surly teenage son, is now on his own tormented passage to adulthood, his quest to get there, for the most part, is a far quieter journey than that of his sisters. The hard years, Lizzie believes, are behind her. Only, things are never quite as black and white as they seem…

Therefore, although it can be read as a standalone, All The Colours In Between is, for all intents and purposes, the sequel to my debut. So, in that sense, the characters are older (although not necessarily wiser) and life is moving on, as it does with all of us.

On a personal note, my preferred reading is quite broad. I love to read different genres and I like to be introduced to characters that include a diverse range of characteristics including class, race, gender and age. There is, however, a lot to be said for writing about ‘older’ characters, including a lot more scope for a back-story. As a writer you get to ask how your characters personalities were shaped? If they had easy or difficult childhoods? You also get to ask, as adults, do they consider themselves a success or a failure and what lessons have they learned from life? Then of course there is the aging process itself, which finds you asking your characters how they deal with the physical changes caused by ageing as demonstrated by Lizzie in the following extract.

“I finish applying my make-up and stare at the reflection in the mirror. I’m repulsed at the haggard face staring back at me. More powder is needed to seal the foundation covering the cracks of my aging face. Picking up an over-large brush I wave it like a wand across my cheeks and nose. Sadly though, this wand is not a magic wand and fails to miraculously transform me. No amount of foundation can hide the crevices becoming more obvious every day. The slightly delicate lines above my lips are the worst. Not immediately noticeable, at least not first thing in the morning, but slap on a bit of lipstick and within a few hours I am left with tiny rivers of blood leading from my mouth to the base of my nose. Threads of colour seeping and creeping along miniscule gaps where they remain stubbornly embedded, no matter how hard I rub them. Then there are the lines around my eyes, of course. Laughter lines, Simon calls them. Haven’t laughed much lately, though.”

I should add here, though, Lizzie is not the only protagonist, either in 183 Times A Year or All The Colours In Between. Her narration is contrasted with the voices of her younger children, namely 16 year old Cassie in 183 Times A Year, who is now 21 years old in All The Colours In Between, and Lizzie’s youngest child, Connor, who was 11 years old in my debut but is now 16 years old in the second novel. Connor has a much larger role in the second novel compared to the first, mainly because I have teenage children myself and they remind what a difficult transition period going from childhood to adulthood can be. But I also find young adults both hilariously funny and fascinating, apt to inspire me but also exasperate me, all within a Nano second of speaking, thus providing evidence of the disparities between young and old but also, at times, highlighting the perfect parallels between them.

However, Linda’s question did get me thinking about the idea of ‘older’ protagonists, especially female ones. A few immediately sprang to mind like Yvonne Carmichael, the forty something character in Louise Doughty’s Apple Tree Yard. Then of course there is Helen Fielding’s Bridget Jones who, although started out in her 30’s in the first novels, is now in her 50’s in the more recent books in the series. Nonetheless, when I investigated the subject matter a little more closely, I was pleasantly surprised to find quite an abundance of novels containing ‘older female’ protagonists. I therefore thought it a good idea to end this post with a short reading list of ten titles of books I have either read and enjoyed, or, I like the sound of and would like to read, all of which include ‘older female’ protagonists (not forgetting 183 Times A Year and All The Colours In Between, of course!).

Notes on a Scandal by Zoe Heller

The Break by Marion Keyes

The Silent Wife by A.S.A. Harrison

The Bulgari Connection by Fay Weldon

Half Broken Things by Morag Joss

A Tale for the Time Being by Ruth Ozeki,

The Blind Assassin by Margaret Attwood

The Woman Who Walked Into Doors by Roddy Doyle

The Night Guest by Fiona McFarlane

Great post and super reading suggestions Eva. Thanks so much. 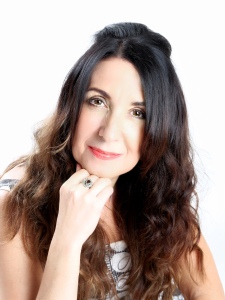 Eva Jordan, born in Kent but living most of her life in a small Cambridgeshire town, describes herself as a lover of words, books, travel and chocolate. She is also partial to the odd glass or two of wine. Providing her with some of the inspiration for her novels, Eva is both a mum and step mum to four grown-up children. Her career has been varied including working within the library service and at a women’s refuge. She writes a monthly column for a local magazine and currently works as a volunteer for a charity based organisation that teaches adults to read. However, storytelling through the art of writing is her passion. All The Colours In Between is Eva’s second novel.

4 thoughts on “Why We Need Older Protagonists: A Guest Post by Eva Jordan, Author of All The Colours In Between”