One of the joys of blogging is being invited to events where I can meet the authors I love to read. Yesterday was the Spring Blogger Event run by Books and the City @TeamBATC for Simon and Schuster. Whilst it was lovely to catch up with some of the many blogging friends I’ve made over the past couple of years, it was even more exciting to meet authors for the first time.

With Sara-Jade (our very own book minx @BookMinxSJV ) making sure all went to plan (including sorting out the prosecco later as you’ll see) we were all set for an evening of laughter, book readings and chat.

On the panel, introduced by editor Jo, were Kate Furnivall, Milly Johnson, Dani Atkins and Alice Peterson who were later joined by Sarah Vaughan and Juliet Ashton.

(Look who’s carrying the booze in the background!)

To begin the evening authors were asked to give three facts about themselves with one being a fabrication. They were then asked about their writing processes and treated us to readings from or introductions to their latest books. I’m not going to tell you which facts are the false one – you can guess for yourselves!

Before her current persona in writing, Kate wrote erotica with a protagonist called Sophie Hard.

Kate was once swept out to sea with her 4 year old child on an inflatable boat and had to be rescued by the RNLI.

Kate has a twin sister who was once abused by a yob so Kate swung her handbag and hit him squarely on the head.

Kate told us how her writing always starts with place before she finds characters turning up who demand to be picked to be in her novels. She doesn’t plot fully but has skeleton points. On the way to the book’s conclusion anything could happen. Kate began writing inspired by her mother’s death so that she could fill in the gaps to her family history for her brother, thereby honouring her mother’s name. As Kate’s husband is also a novelist she had a good insight into publishing and believes that writing is a muscle you have to exercise on a regular basis.

Kate’s next novel will be The Betrayal but her latest, The Liberation is available here. 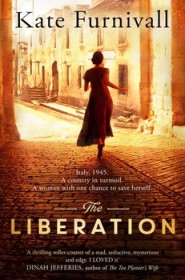 Milly has kissed Alan Rickman (actually, I’m not sure we heard the others properly after that one as we all went off into a dream world).

Milly once had to pretend to be a ghost fora wealthy American who wanted to give his wife an authentic experience in a traditional hotel.

Milly has slept through two earthquakes whilst others were being evacuated.

Milly told us how she has tried many ways of plotting including record cards and post its but nothing really works. She says it makes it difficult to send a synopsis when she doesn’t actually know what will happen in her book! She described writing as like being in fog with pinprick of light 5 yards ahead. Milly began writing without really knowing what she wanted to write about and ended up aping others’ books until a thunderbolt of inspiration came and she was off! She says it’s best to write little and often. Milly loves to engage with readers and other authors through social media.

Milly’s The Queen of Wishful Thinking will be published on 9th March and is available for pre-order here. 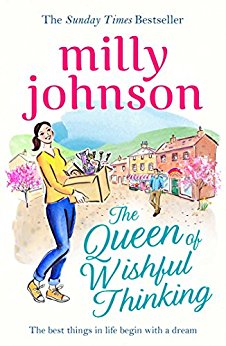 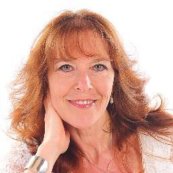 Dani once went missing as a child in Copenhagen and the police had to search for her.

Dani hates roller coasters even though she once spent 5 months at Disney World.

When she moved into an old cottage she saw a ghost cat.

Dani told us that she doesn’t plot her novels fully but likened writing to driving in the dark with no headlights. She has a beginning and an end but has no idea to start with how to get from one to the other. She sees the ends of her books visually like a film playing out and then works towards it. Dani has always written and learnt early on that prospective books need to be sent to agents rather than directly to publishers. She told us to read lots if you want to write. She says we should just do it and that writing 1000 words a day will have a full length novel in three months!

Dani’s This Love will be released on 23rd of March and is available for pre-order here. 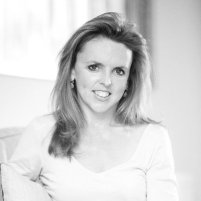 Alice named her dog Mr Darcy after meeting Colin Firth in a lift. (Again, most of the room went off into a dream world)

She once met Bryan Adams who told her all about raw juice and vegetable smoothies.

The tennis player Tim Henman was her first schoolgirl crush.

Alice explained how, when she writes, her characters evolve and begin to speak so that they take over. She can’t plot when she writes, but has a beginning and an end. To get from one to the other is an almost trance like state for Alice. Alice had never really thought of being a writer and was, in fact, going to be a tennis player at national level but got rheumatoid arthritis which changed her life plans. An older friend told her to write things down to overcome her difficulties as she adjusted and she has never looked back. Alice’s advice to aspiring writers is not to worry about writing badly. She says to aim for 1000 words a day and worry about the quality later. Writers need to feel passion for their story.

Alice’s A Song for Tomorrow is out on 9th February 2017 and is available for pre-order here.

Following the panel discussions we had readings from all but Kate (as her book is still a work in progress) before an extra treat of two unexpected authors Sarah Vaughan and Juliet Ashton. They both also gave us three facts about themselves with one being untrue.

She met Colin Firth (see, I said we were obsessed) who offered for Sarah’s little girl to play with his small son. Unfortunately Sara’s daughter went shy and the opportunity passed.

Sarah has trekked to base camp on Everest.

When she needed someone to sign her mortgage deeds at short notice she got former Prime Minister David Cameron to do it.

Sarah’s latest book, Anatomy of a Scandal, is so new we don’t have a proper publication date or even a cover yet, but her last book The Farm at the Edge of the World, is available for purchase here. You can read my review of that book here. 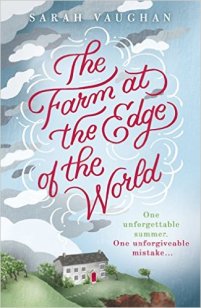 Our last, and by no means least, author of the evening was Juliet Ashton (follow Juliet on Twitter here).

Having taken her driving test five times Juliet passed and immediately drove onto a  floral clock and destroyed it.

Juliet has danced with George Michael.

Juliet’s next book, The Woman at Number 24 will be published in April and is available for pre-order here. 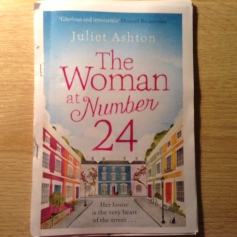 Once the formal part of the evening was over it was time to grab a glass of prosecco, a cup cake and a fabulous goody bag and meet our wonderful authors.

I didn’t get chance to look in my goody bag until this morning but what a goody bag it is!

There were books (some of which are not even out yet), a notebook, pencil, cards, lip balms, tissues and of course – the bag!

Click here to buy How Not to Fall in Love Actually.

Click here to pre-order The Last Piece of my Heart.

After such an entertaining evening meeting wonderful authors and receiving lovely books and gifts I’d just like to thanks Sara-Jade for the invitation and the whole of TeamBATC for all their hard work. Thanks guys!