I’m really thrilled to be able to share my review of ‘The A-Z of You and Me’ by James Hannah, and even more so because it’s out on my wedding anniversary on 27th August 2015, published by Doubleday, an imprint of Transworld Books.

Ivo is forty. He’s also in a hospice waiting to die. He has a wonderful carer Sheila who suggests he thinks of a different part of his body for each letter of the alphabet and tries to make up a story or memory about it to help him pass the time. Reluctant at first, Ivo gets involved and as he does so, the memories, and regrets, flood back.

This is one of those posts that is almost impossible to write without feeling you’ve done a disservice to the book or undersold it in some way. I absolutely devoured it in one day and by the end I was truly heartbroken. I found it really moving to have Ivo’s first person male viewpoint and his honest perspective of what it is like to edge towards death. The description of the hospice helped restore my faith in humanity and end of life care. Whilst the theme is quite bleak, there is also humour to be found which makes for an even more satisfying read.

Without spoiling the plot, there were three huge jolts for me like being hit in the solar plexus, the first delivered by Amber and I simply wasn’t expecting her revelation as I’d been so focused on the desperate sadness of Ivo’s self-destruction.  I found myself almost holding my breath as I read and I had to keep pausing to let what I’d just read sink in before I could go on.

Each character is just like someone we all know and I absolutely hated Mal for the majority of the book. Much of the wonderful character development comes through totally skilful dialogue. Speech is natural and convincing so I felt as if I were eavesdropping on their conversations. Similarly effective is the structure which is often fragmented, perfectly reflecting Ivo’s memories and emotions.

As the alphabet moves from A to Z it is impossible not to want to stop reading to prevent what feels as if it will be the inevitable, whilst at the same time being desperate to know what finally happens.

‘The A-Z of You and Me’ positively thrums with love, humanity and emotion. Anyone reading James Hannah’s book and remaining unmoved is simply not human. It is one of my stand out books of the year. 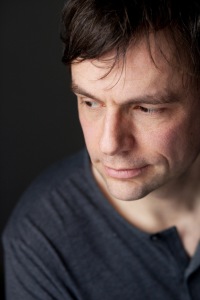